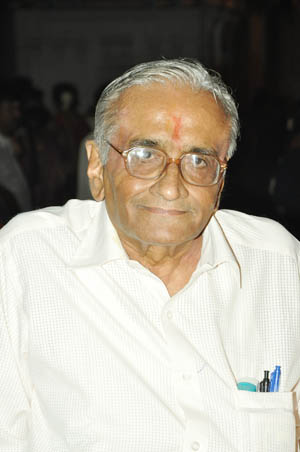 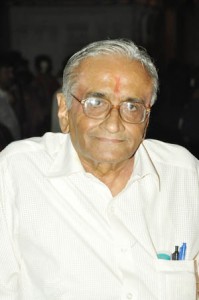 Vasant Utsav, a cultural dance festival is an annual feature at Sri Kapaleeswarar Temple, Mylapore. It is held in May.

The fest is organised by Saraswathi Education Cultural and Charitable Trust founded by Indira Garyali. The Trust organises this fest in her memory and the 2012 fest was its ninth edition.

One man has made the utsav possible.  He is A. Boothalingam, a resident of R. A. Puram.

“Though the festival is held in May the work for it begins in August,” he says. “Our intention is to recognise new talent and give them an opportunity to perform.”

Boothalingam, aged 72 is a retired General Manger of Reserve Bank of India and began working with this Trust from 2004.

“It is my huge interest in music and dance that made me join this Trust, he says. Boothalingam is also a trained Carnatic singer and has sung at various dance recitals.

A resident of Alwarpet since 1974, he did his schooling at Ramakrishna School, Triplicane and studied at Loyola College and at Jain College before pursuing law at Madras Law College.

Conducting the Utsav was a passion for him.

He says he also initiated the conferment of awards on renowned artistes during this festival.

The Abhinaya Praveena and Natya Kala Darshini are given to dancers, while Veda Sastra Praveena is given to Vedic scholars. The awardees are selected from all over Tamil Nadu.

At the end of this year’s Utsav, Boothalingam signed off from the Trust. ” I was at the helm for a long time, ” he said soon after he was felicitated at the Utsav.

His post will be taken over by Priya Rajkumar, also a Mylaporean.