He was 79 and a resident of Kasturi Rangan Road.

Shyam Sundar along with his brother Venkata Krishan Reddy and a friend Rama Raghava Reddy launched Savera Hotel in 1968.

The hotel was Chennai’s first four-star hotel at that time.

Shyama Sundar Reddy’s earlier career was associated with mica mines that he owned in his native place, Gudur in Andhra Pradesh.

His visit to Kolkata in the sixties when he experienced the hospitality of a local hotel inspired him to venture into the hotel business.

The name Savera was coined from the name of founders – Sa from Shyam, Ve from Venkata Krishna and Ra from Rama. The three partners soon became a family when they married three sisters from Andhra Pradesh.

He is survived by his wife Jayalakshamma and sons Vijayakumar Reddy and Ravikumar Reddy. 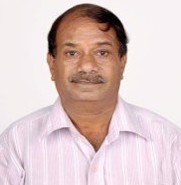