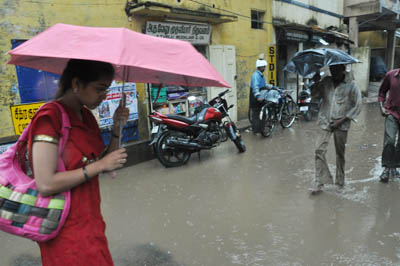 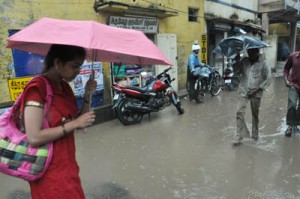 Schools in Mylapore have been asked by the state to remain closed today following weather reports that cyclone Nilam may hit the city coast if it sticks to its path.

Since 2 a.m. it has been raining here following a windy evening on Monday. The rain was intermittent but many streets and roads in Mylapore have begun to go under rain water.

The problem gets acute in streets where drains have been left half-done: in areas like Abhiramapuram and Alwarpet. Streets in central Mylapore and in Mandavelipakkam also got flooded this morning.

On Monday, a sunny day civic workers were seen dumping hot tar and blue jelly mix to cover potholes but with steady rain today, that blue jelly may just not last. 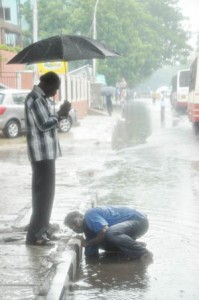 People living in the kuppams off San Thome said that fisher folks did not go out to sea since the sea was rough since yesterday.

You too can email pictures of severe flooding in your area. Caption the pics and mail to – mytimesedit@gmail.com. We will use them here!