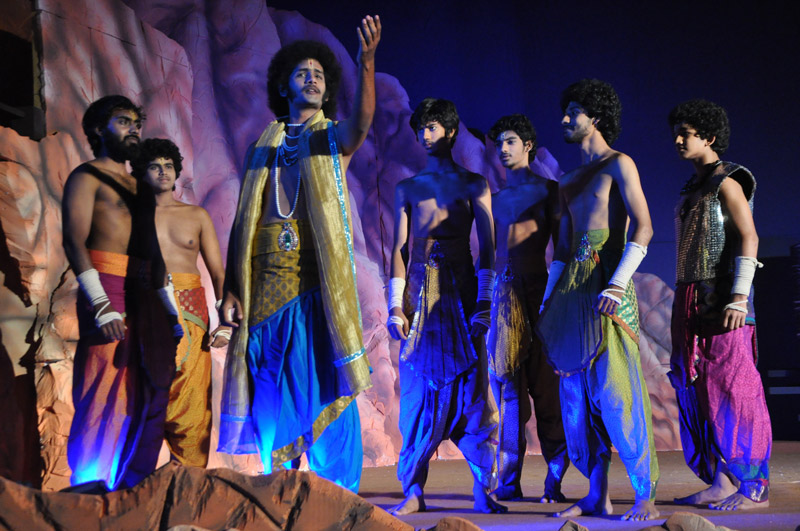 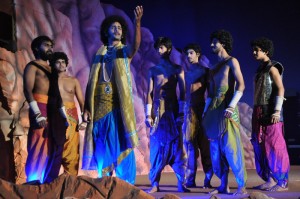 The principal of Chettinad Vidyashram School, Amudhalakshmi and team re-create mythological tales onstage while honing the skills of the students.

Their new play titled ‘Chakravyuh’ had its premiere on Wednesday at Kumara Rajah Muthiah auditorium, R. A. Puram.

Mounted on a lavish set created by art director Thotha Tharani, the play is directed by professionals and has other inputs like sound and lights by professionals but all actors are school students.

The play runs from November 21 to 24, is ticketed and is open to the public. Wednesday’s show was for invitees and guests.

The school’s alumni plays an important role in the school’s many plays that have won laurels for their sets, costumes and realistic portrayal of mythological characters from Indian epics.