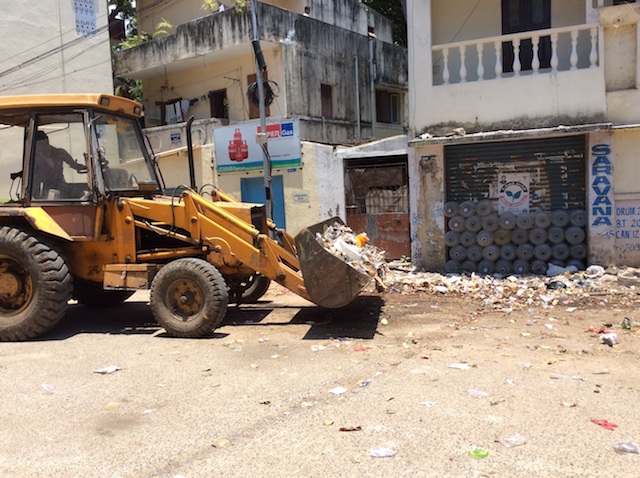 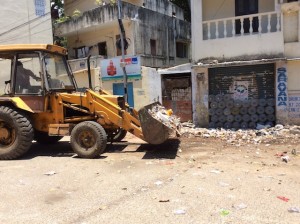 Garbage accumulates all the time on Canal Bank Road in R A Puram. This was a scene two days ago – a JCB being employed to clear it in lorries because the mounds of waste were huge. It appeared that the waste had accumulated over some days.

There are bins on this road. But much of the waste has been dumped in the open.

A sprawling colony lies on the banks and off the road and the waste generated here is a lot.

– Report and photo by Rakshitha Arun.