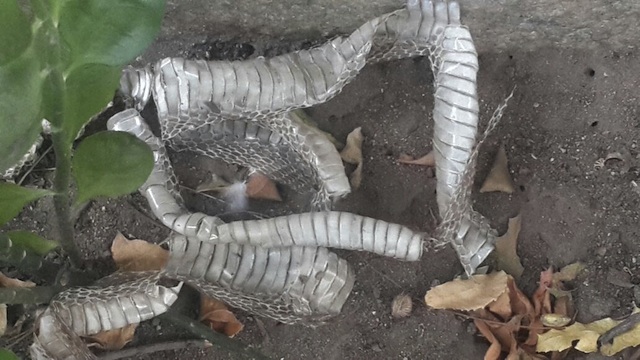 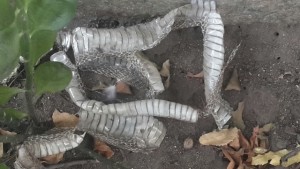 Raja Street residents who live in the area that borders the Adyar Poonga have had to deal with a problem that raises their anxiety – the visit of snakes of all kinds.
Snakes from the hugely forested Adyar Poonga have been seen moving into compounds of some of the local houses now and then. The visits give the residents sleepless nights.
Now, the Raja Street Residents’ Welfare Association is asking the Poonga managers to address this issue so that people can deal with these snakes.
Raja Street lies to the West of the Adyar Poonga, the street that runs off South Canal Bank Road.
Said one resident, “For the past few months quite a few snakes are coming out of the Adyar Poonga and entering our houses. There had been an instance where a snake (cobra)  had first shed its skin on the street ( seen in the photo here) and then at night it entered into a house and was found in the air-conditioned outlet here.
Snake catchers from Velachery Forest Dept. range office were alerted and they came and trapped the snake.
Recently, another snake was found at the gate of another house late at night.
Residents say that many families have small children playing in the yards and the movement of snakes is a matter of serious concern.

One Comment on “Snakes from Adyar Poonga slip into local colonies, cause anxiety”