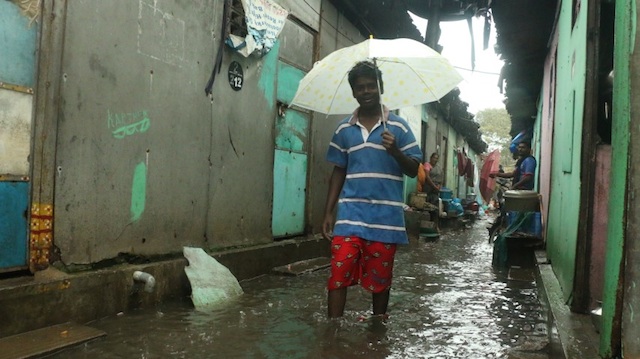 The people who are worst affected are those made to live in bunk houses in rows raised on waste land after they had to move out so that the old, dilapidated tenements could be demolished and news ones built.

The work has just started after long delay.

Now, water floods the area between the row houses as one can see in the photo.

Conditions are unhygienic. Fishermen here have not gone out to see. And rainwater keeps slipping inside the bunk houses.