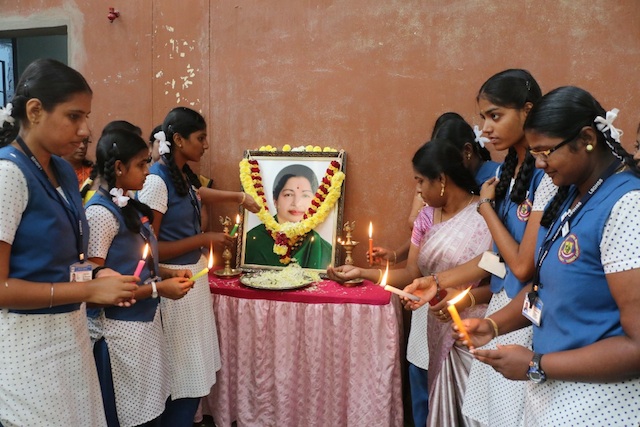 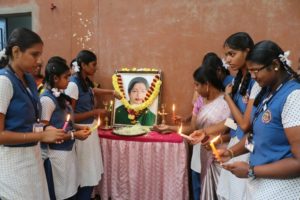 Schools re-opened this morning after having closed following the news of the death of late chief minister J. Jayalalithaa on Monday night.

The state had declared a three-day mourning and all local schools remained closed.

At the Assembly this morning, some schools paid tribute to Jayalalithaa.

The community at St Raphael’s Girls School in San Thome said a prayer and remained silent for a minute. A portrait of Jayalalithaa was placed on stage, with flowers and candles around it.

The community at Lady Sivaswami Ayyar Girls HS School in Mylapore also paid tributes. ( featured in the photo here). This school has a shield for the best out-going student named after Jayalalithaa.