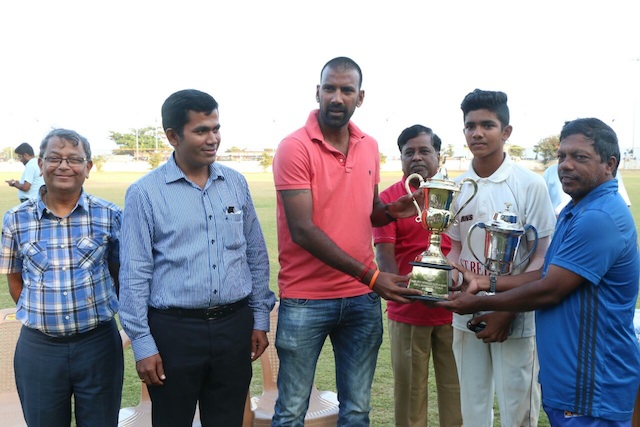 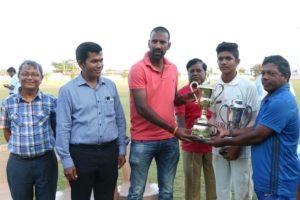 The school’s ‘A’ team beat the PSBB Millennium team from Gerungumbakkam by 20 runs.

That morning, having won the toss, batter Tushar Raheja bolstered the St Bede;s innings of 235 for nine in their 50 overs with his patient 62 runs while Mohammed Adnan Khan boosted the score with his 55.

Having fielded first on a hot morning, PSBB had a long road ahead when their batters walked to the pitch. It was a slow start; it got steady midway and thanks to S. Akash’s brave 73 runs innings and Pranav Kumar’s 59 runs, the two partnering well till the fag end, PSBB gave themselves a faint chance of scoring a sensational win.

But the task was tough ; the latter batters fell quickly and those who lasted could score only ones.

India player and currently IPL coach, L Balaji was the chief guest and he gave away the trophies – the rolling cup and cups for the winners and the runners-up.

Go to https://www.facebook.com/vincent.souza.96  for l.ive videos and pictures of the match.