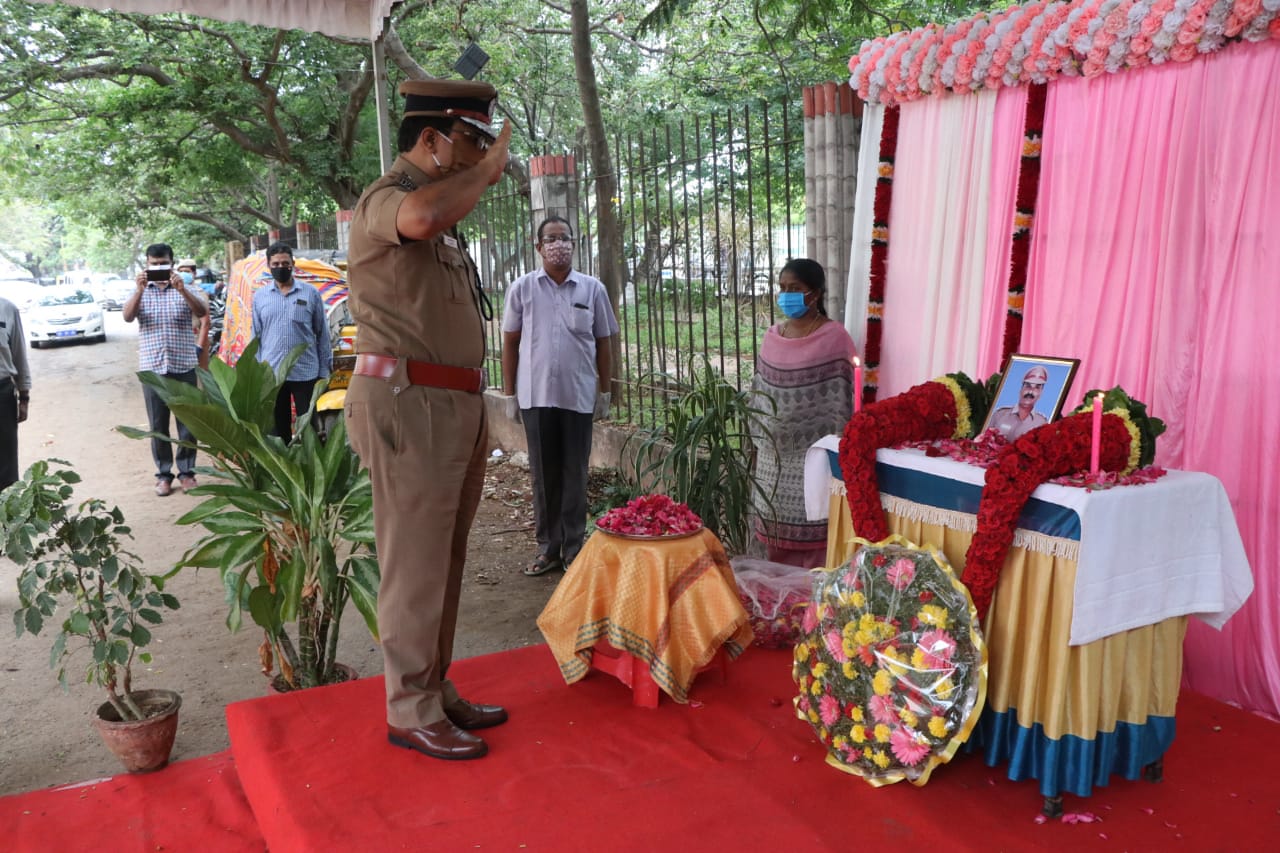 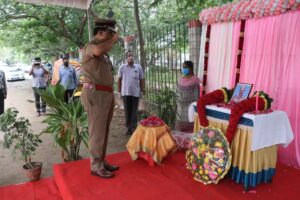 A simple tribute meet was held outside the premises of Pattinapakkam police station on July 1 evening to mark the death of SSI, Manimaran who succumbed to the virus.

DG of Police for TN, J K Tripathy was present and paid his respects at a specially erected stage where a photo of the dead policeman was decorated with flowers.

Senior police officers besides men and women at the local station were present and observed some silence to mark the tribute while a police band played soulful music.

It was a simple, solemn event.