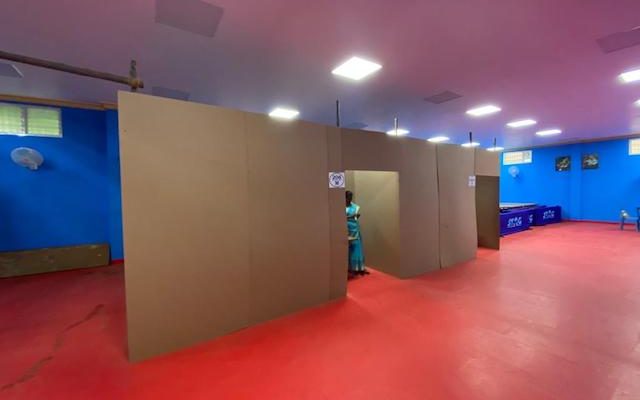 Two booths have been set up in indoor centre inside the Alphonso playground which was launched just before polls were announced by state minister and the Mylapore MLA.

Though the TT tables have been safely put away, makeshift booths have been created by hammering in bolts and nuts. Also, the special flooring which costs a bit will be in use by the public on polling day, thus causing wear and tear.

R. Rajesh, former TT national player and coach now is an anguished man; he shared designs with GCC and the MLA for this one of its kind TT centre which was budgeted at Rs65 lakhs.

Its formal use was postponed and now, EC is using it for the voting process on Tuesday.