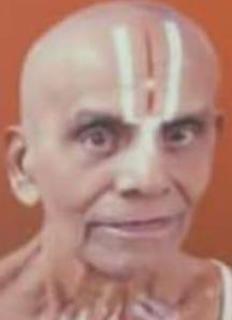 V. Varadan born on 21.01.1926 at Kancheepuram passed away on May 6 at his residence in Mandaveli at the age of 95. He was a very senior citizen in the neighbourhood

He studied up to Matric and then migrated to Chennai and got married to V. Ranganayaki in June 1946. He joined  the state government service in the PWD and retired at the age of 58.

The couple had 7 children, all married and settled.

His family said he was a visionary. In 1956, he bought a housing plot in West Circular Road, Mandaveli, through City Improvement Trust, which was beyond his capacity. He built a small dwelling and later constructed a single storey bungalow in 1958.  He added the second storey in early seventies.

In 1995, by way of a joint venture arrangement, he developed an apartment block, where six of the  family members are living now.

After his retirement in 1983, he attached himself to Bhagavath Kainkaryams. and took part in honorary service at Sri Adikesava Perumal Koil, Mylapore, popularly known as “Andheri Swamy “( his native place being Ananderi village, near Uththukottai)  ; he was in service here till the age of 90.

When his health condition stood in his way of walking to the temple which is hardly 750 metres from home, he used to travel by auto, participating in the important utsavams of Alwars and Ramanujar at Kancheepuram and Sriperumbudur.

He was a scholar in Tamil and English and mastered the Divya Prabhandam.

He was associated with drama activities when he was young, writing scripts and acting, and travelled a lot for this purpose. He had associated with some veterans like  Devan, Major Sundararajan, S. V. Venkatraman and S R Veeraraghavan.

Being a voracious reader he had a good collection of books, buying them from pavement hawkers in Moore Market and in Triplicane.

He was a very good astrologer too, but non-commercial.

In February 2020 his wife passed away after 74 years of wedded life. His health was affected thereafter.

One Comment on “Tribute: V. Varadan, Mandaveli’s early resident who served at temple till late in life”