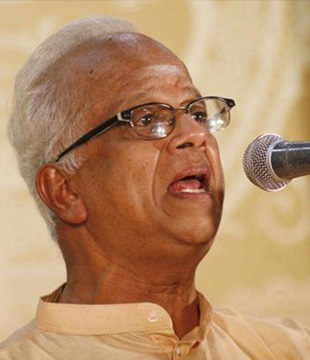 Carnatic music vidwan T. V. Sankaranarayanan, a longtime resident of Mylapore and a highly decorated artiste passed away on September 2.

He was 77 and resided in Karpagambal Nagar, off Luz till recently before moving to the south suburb.

Hailing from a musicians’ family, TVS as he was fondly called in later years, imbibed the art early in his days and made it to the stage early and impressed, being a classicist to the end.

He had his arangetram at a temple on Royapettah High Road, Luz.

The nephew of vidwan Madurai Mani Iyer, TVS carried on his uncle’s bani.

He was awarded the Padma Bhushan in 2003 and that year, The Music Academy had awarded him the prestigious Sangita Kalanidhi title at its sadas.

TVS is bereaved by his wife and two children, son Mahadevan is also a Carnatic music artiste.