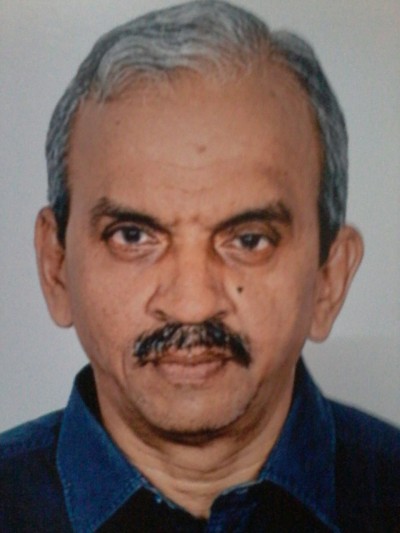 Srinivasan was born in 1948 at Golden Rock, Trichy. He studied at Sirgazhi and obtained a Diploma in Electrical Engineering. After that, he joined English Electrical and moved to Chennai. Srinivasan worked there till 1997, when he retired to start his own electrical component manufacturing business. His clients were companies like English Company, India Pistons and more. He moved to Mylapore in 2008.

His wife Geetha recalls his fondness for traditional home cooked food. She also says that he was very interested in religion and liked to follow all rituals traditionally.

Says Geetha – He was a very independent and strong person. He was suffering from lung cancer for the last three years, but he put up a very brave fight against the disease. He would go alone for his doctor appointments, insist on not taking the wheel chair in the hospitals and took care of his personal needs himself without any help. Even the doctors would commend his behavior and strength and use him as an example to other patients.

Srinivasan is survived by his wife Geetha and two daughters.- Rajeshwari and Vidhya Lakshmi. The family resides at