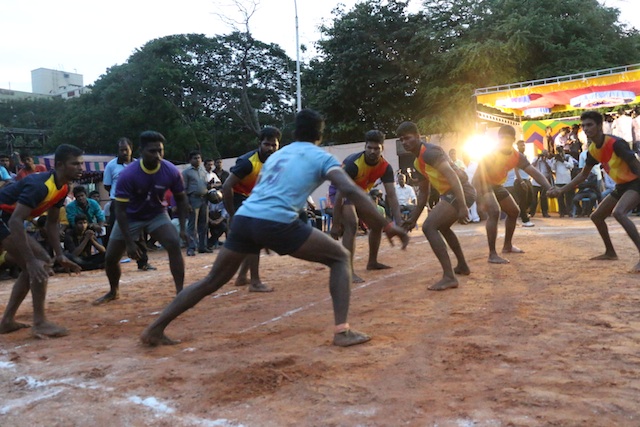 A kabaddi tourney was hosted at the Chennai Corporation playground on St Mary’s Road. R. A. Puram on the weekend to mark the silver jubilee of the Pattali Makkal Katchi (PMK). Teams from across the city and the suburbs took part.

Party head, Dr. Anbumani Ramadoss who is now projecting himself as a chief ministerial candidate in the 2016 state Assembly poll came by and watched some matches and met the players too.