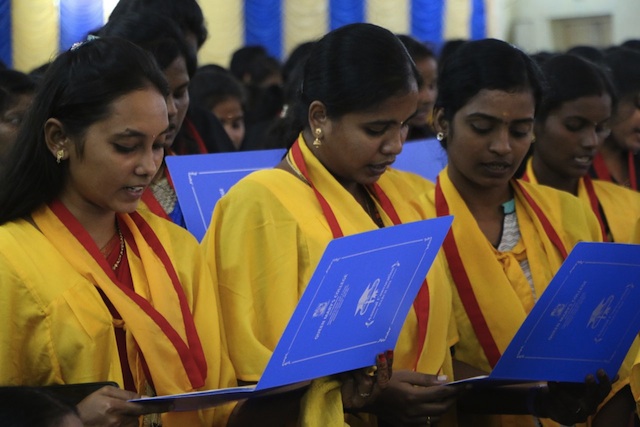 Queen Mary’s College, Mylapore hosted a convocation at its campus on March 8. The convocation for the 2016 batch of students who have passed UG ,PG and M Phil degree studies was conducted  at the Golden Jubilee Hall.

The convocation did not take place during 2017 in any government-run college as a new vice-chancellor had not been appointed.

This week’s convocation took place in two sessions, the morning one was for Arts and Commerce students and the afternoon one for Science students.

The morning session was presided over by K.P. Anbazhagan, state minister for higher education.

Some 856 students were conferred with their respective degrees and the minister distributed prizes to meritorious students.

QMC has 24 departments and the convocation for students of 23 departments took place. (the French department provides only courses as second language).