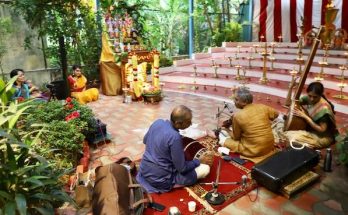 Morning music at Navartri time. In the open air. 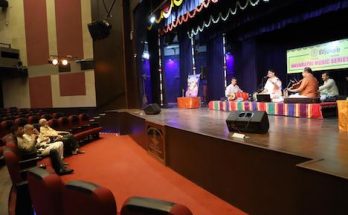 Navaratri concerts at Bhavans are on, open to all