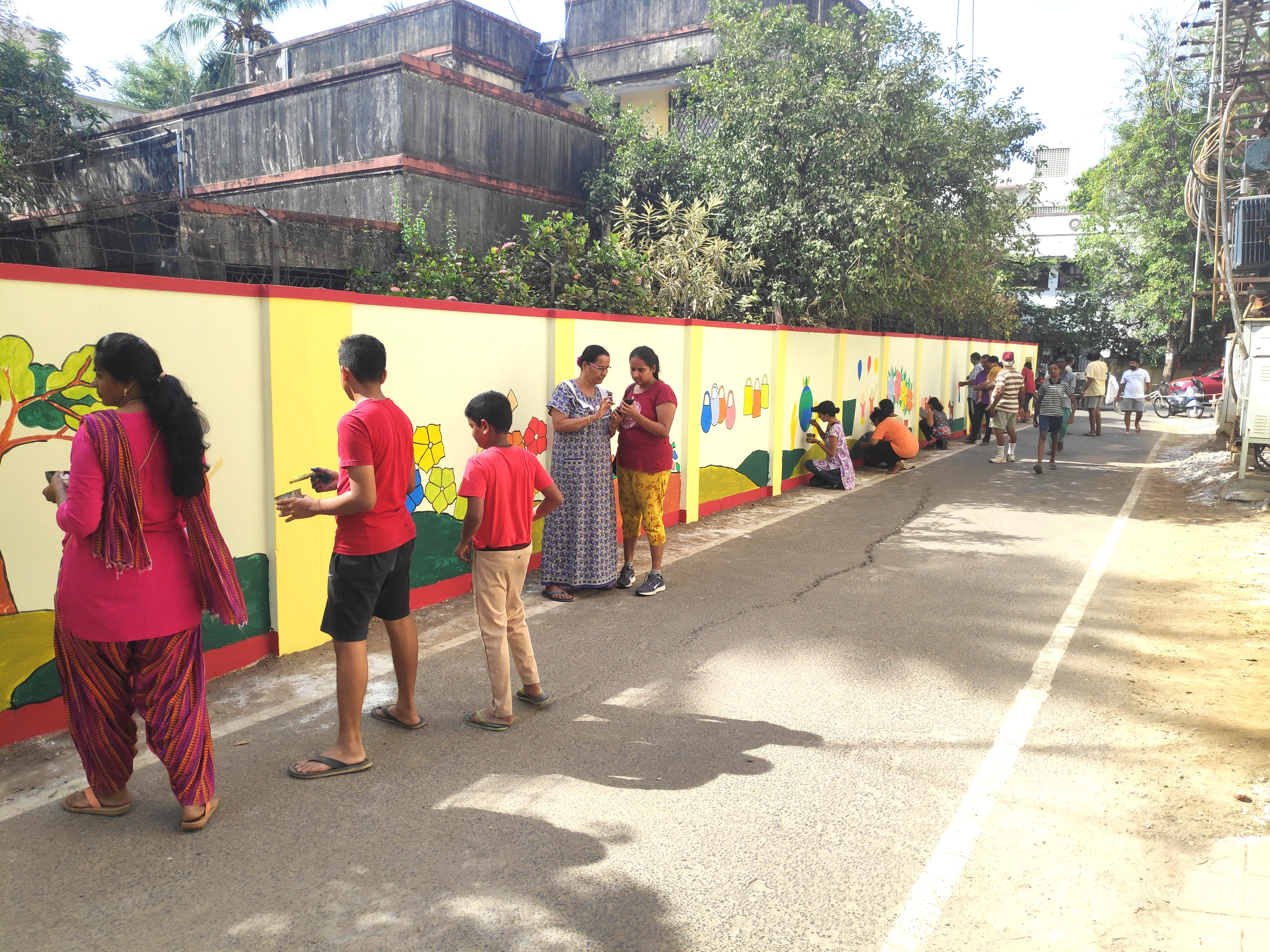 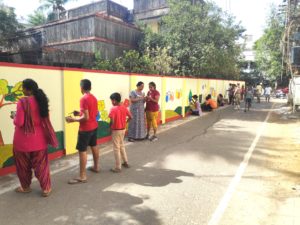 Abiramapuram residents woke up to a busy Sunday morning – they had a job on their hands. To turn a much-abused street into something colourful.
Anchored by R Kannan, a resident of Lakshmi Apartments and guided by a NGO called Karam Karpom, the community’s youngsters led the initiative of painting the walls with images to convey to people the message – ‘Stop Abusing Public Places’.
Abiramapuram 3rd Street Lane that joins 4th Street with 3rd Street has often been a much abused street link.
Recently an association was formed by the residents of 4th Street, C P Ramaswamy Street, Sundararajan Street and Subramanyam Street to address local common issues.
This effort was one such idea.
Several school and college-going students took up this morning the task of sketching the walls with positive messages.
The association is hoping to take this idea to other streets as well in the area.
– Report and phot by S. Prabhu