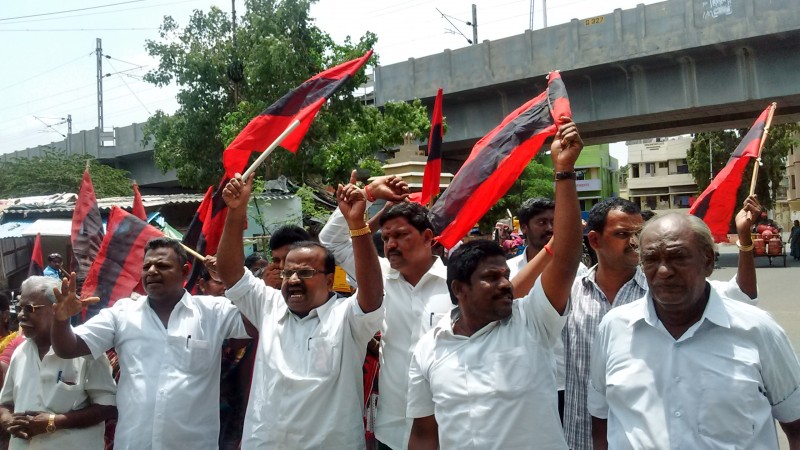 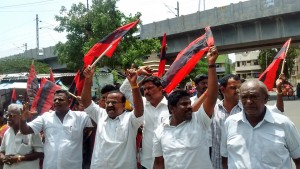 The MDMK party is upping its protest against the state-run liquor shops run by TASMAC. After protests held in various parts of the state, its cadres targeted city liquor shops and this morning, a small group, carrying MDMK party flags staged a demo in front of the liquor store that is at the rear of the Mandaveli MRTS station.

A small posse of local policemen were stationed here to handle any untoward situation that might arise out of this protest.

Earlier this morning, police of Mylapore stationed themselves outside the liquor shop opposite they ThiruMylai MRTS station. There was a stream of customers at the TASMAC shop from the time it opened for business. Police here said a protest by youths was expected at this place – so barricades were put in place, using road dividers. The protest did take place later this morning.

< Is there is a TASMAC shop in your colony that is the cause of law and order issues? Comment/share info.