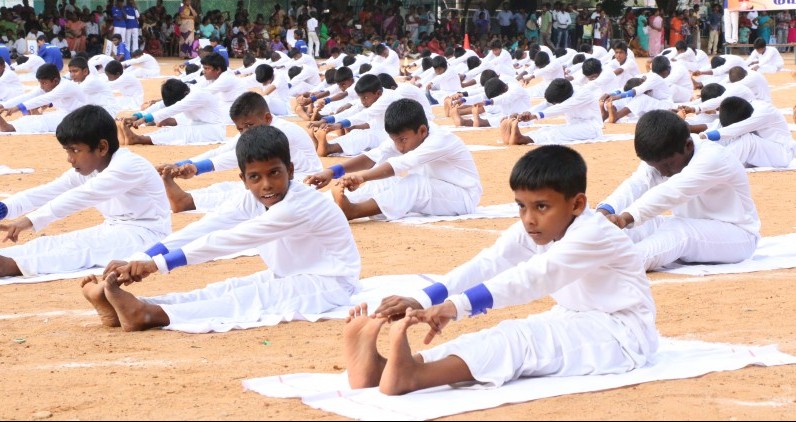 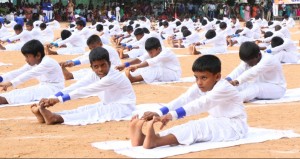 About 3000 students took part in San Thome High School’s sports meet – ‘Sanspo 2015’ held on July 25 at the school campus. The meet started off with a marchpast and the lighting of the torch by the chief guest A. Pari, deputy inspector of Police, TN and the school’s athletes.

After the torch was lit, the leaders of the four houses  – Montfort, San Thome, Gabriel and Satima took their oaths and released doves. This was followed by an aerobics display by class VIII students, a yoga demonstration and a mass drill. Relay races were also conducted.

Later, the prize distribution ceremony was held. The special guest Muthukumar, editor, Trinity Mirror and Makkal Kural distributed the medals and trophies in the presence of the principal – Rev. Bro. Dr. M. Irudayam. The overall championship trophy was given to Gabriel house.