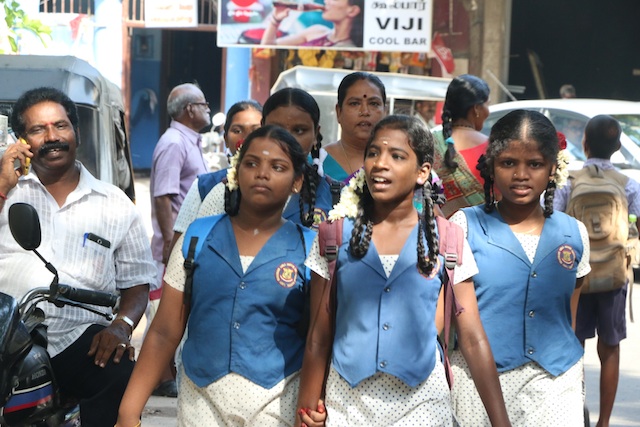 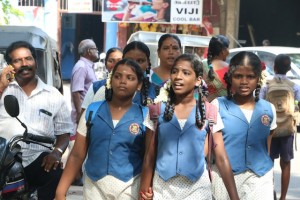 Many zones in Mylapore woke up to sounds they are used to – the hustle and bustle of school-going young people.

Many schools re-opened today for the new academic year; some will do so later this week and many KG sections much later ( following a state government suggestion that they remain closed now due to the searing heat).

The mada streets, which are at the intersection of many large and small schools were packed with students in uniforms of blue, white, red and khaki since 8 a.m. and school students headed to campuses in this area.