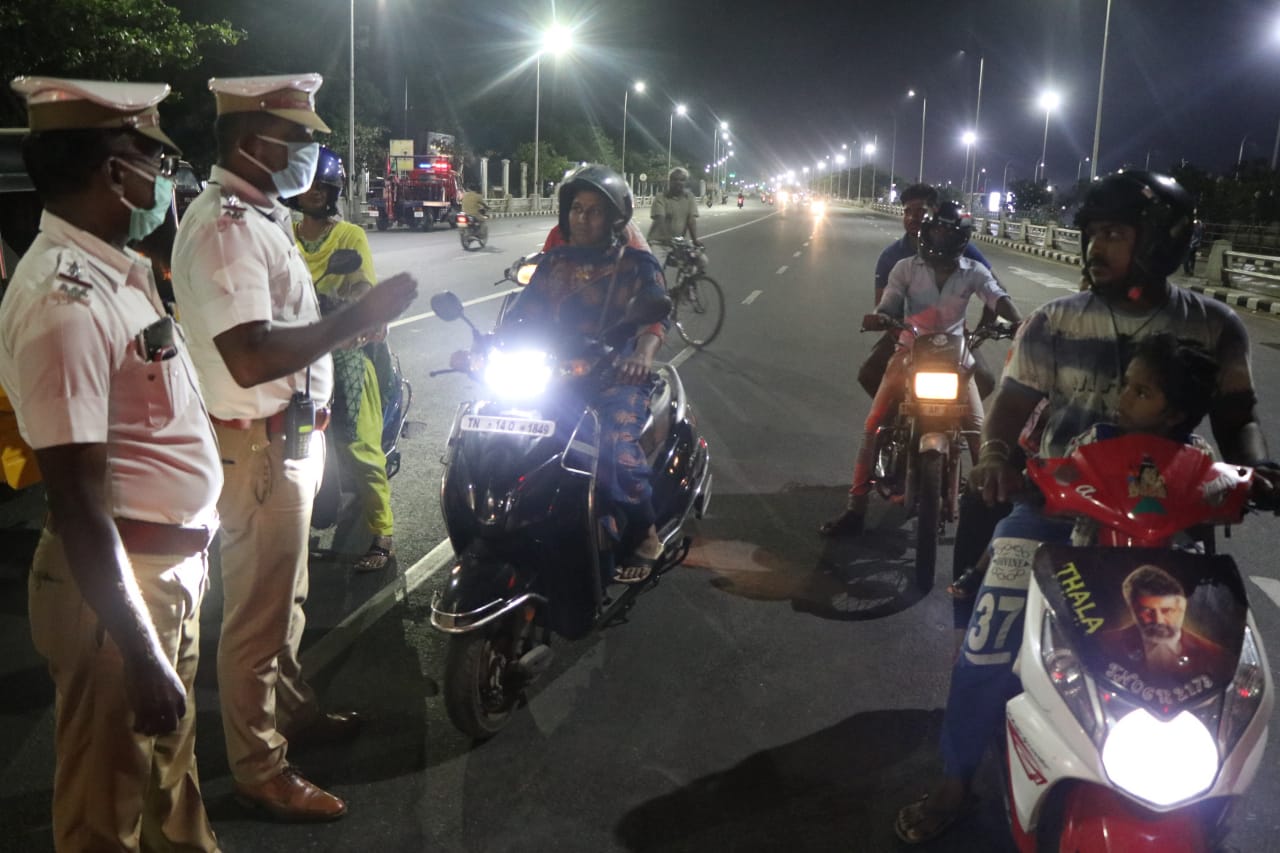 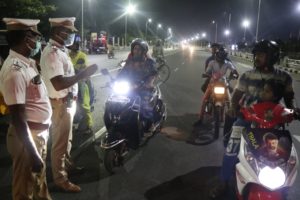 Mylapore began to lockdown early this evening and now, motorists and people on the road are being told by police that they must get home and not be in the public spaces.

The vegetable market on South Mada Street stayed open till late before police patrols warned people about the closure.

Shops around Luz Circle shut down around 6 p.m. and soon, police patrols were circling the area to announce the lockdown.

But there was a steady stream of bikes and cars on Kamaraj Salai off Marina beach and as police took to their posts and barricades were slid across roads and beach access areas, other policemen advised people to get home quickly and stay put. 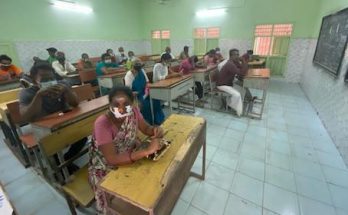 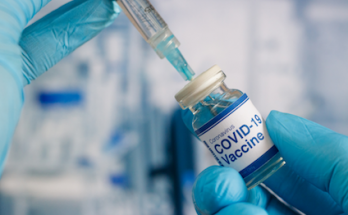