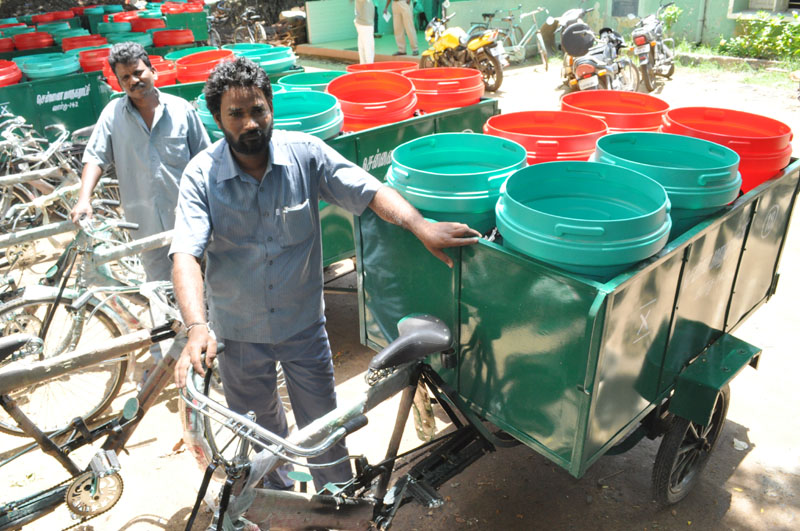 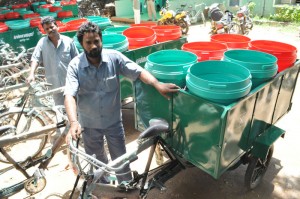 The Chennai Corporation has started cleaning up garbage in ward 142 since the beginning of August. New bins and tri-cycles have been put to use for this purpose.

However, this is an ‘unofficial’ operation since the contract with Neel Metal Fanalca continues, said a local official of the civic body.

Ward 142 covers the areas of Alwarpet and Abhiramapuram.

Garbage is primarily collected door to door. The garbage collector goes around with a whistle alerting residents to his presence in the street.

Many apartment blocks have begun to make use of this facility. Their maids or watchmen carry the waste bins to the Corporation tricycle.

However, the waste is not separated as recyclable and non-recyclable waste though the garbage collector carries red and green bins.

A local official said that the Corporation would soon be educating residents about on the need to separate organic and inorganic garbage.

More garbage bins will be place in various places after the Corporation takes full charge of this responsibility.