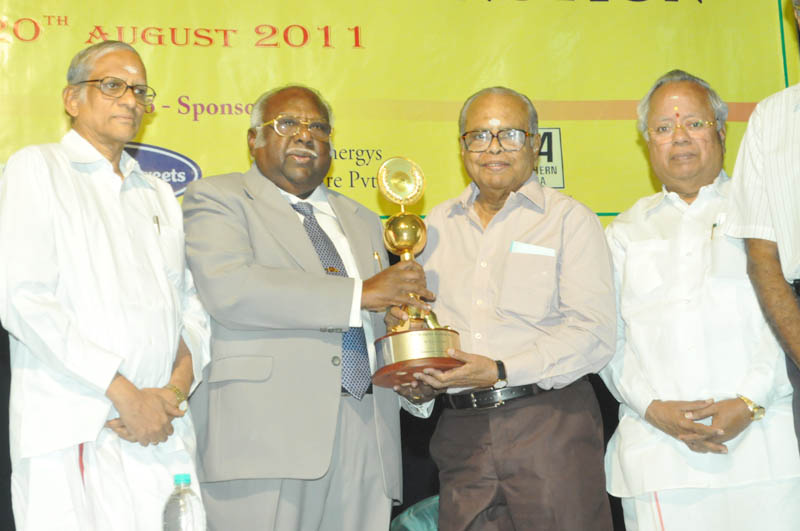 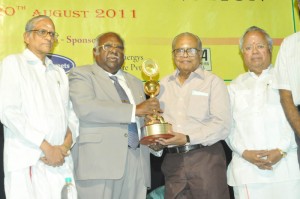 The 42nd annual awards for Tamil dramas and television serials event organised by Mylapore Academy was held at Narada Gana Sabha on August 20.

Many Mylaporeans won awards in different categories. They are:

Kalpagam Madhavan was awarded for the best music appreciation TV programme for the show Ellamey Sangeetham. She is a producer for Doordarshan (Podhigai). Kalpagam is a resident of M. K. Amman Koil Street, Mylapore (photo on left).

The award for the best sabha for promotion of fine arts was given to The Mylapore Fine Arts Club, Chennai.

Varadarajan (photo below) of Karthik Fine Arts and Gopalakrishnan of MFAC were recognised as the best volunteers (photo bottom left).

No wonder the Academy’s ward function runs for over 4 hours!

3 Comments on “Recognition for people who entertain, take care of guest”