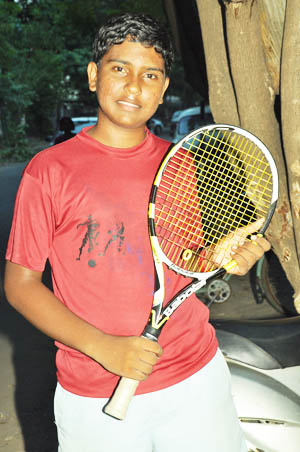 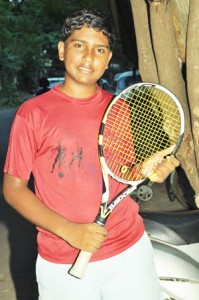 Fourteen year old tennis player R. S. Mohit has been ranked No.1 in his category at the state level.

He is a resident of Abhiramapuram 4th Street.

He is also ranked 50 at the National level, says his mother Prabha, who accompanies him to most of the tournaments.

Mohit is a 9th Std. student of Velammal International School. He has been playing tennis since the age of 9.

“I train at the YMCA and this year I have won five titles including one for being the most promising player award and the YMCA non-ranking Inter Academy title,” he says.

Mohit is a regular at most tournaments for under 14 and under-16 players and is often out of town, says Prabha.

The latest to his list of prizes is the trophy in the singles and doubles matches in a tourney organised by an engineering college. This was part of the AITA talent series for under 16 players, says his mother.