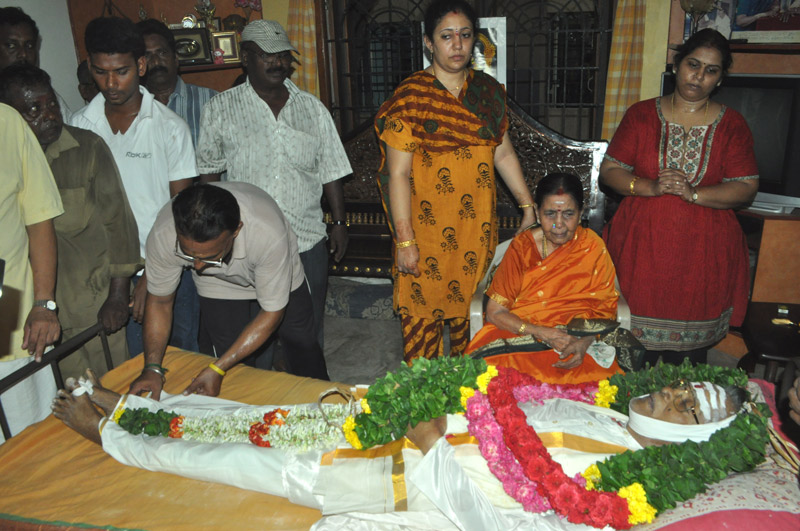 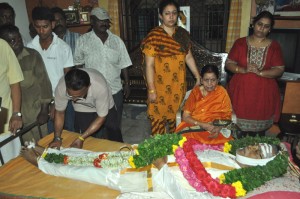 Veteran playback singer T M Soundararajan passed away this evening at about 3.50 p.m. at his residence in Mandavelipakkam. He was unwell for sometime and was under treatment.

People from the film world have begun to drop in at the family’s apartment at Sivams Flats on West Circular Road in Mandavelipakkam  to pay their respects and offer their condolences to the family.

He is survived by his wife Sumitra and two sons, Balraj and Selvakumar and a daughter, Mallika. He was 91.

TMS, as he was fondly called in the film world and by his rasikas was the king of playback singing in his time, singing for MGR and Sivaji Ganesan in their films and these were huge hits, many of which have vintage value and are celebrated even to this day.

His songs on Lord Muruga were also popular and are played to this day.

He was decorated with the Padma Shri by the Indian government and the Kalaimamani award by the state.

He lived in the Mylapore neighbourhood for many years and moved to Mandavelipakkam some years ago,