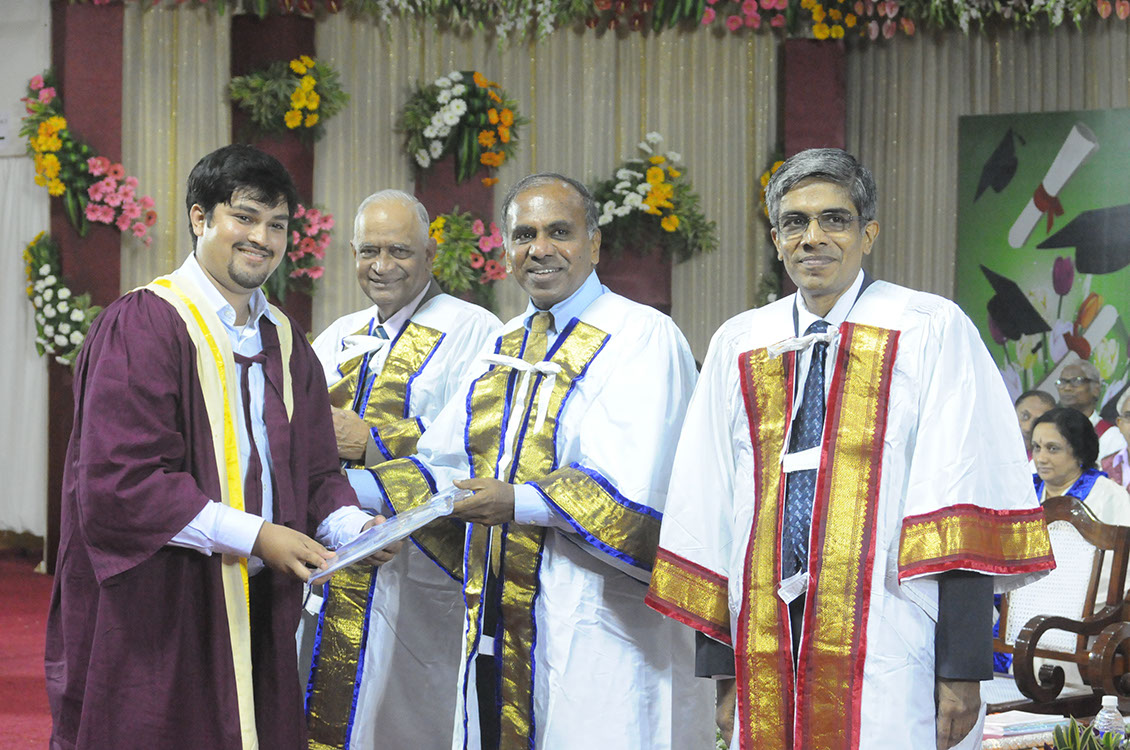 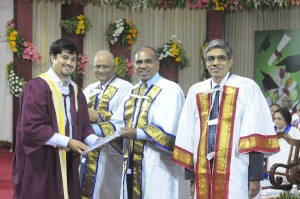 At the 50th convocation of IIT Madras held on July 19 2013, local boy Akshay Rangamani was decorated with a prestigious prize.

Akshay received his B.Tech degree in electrical engineering from IIT Madras director Dr. Bhaskar Ramamurthy. He was also awarded the ‘Governor Medal’ for best all round proficiency in curricular and extra curricula activities amongst B.Tech students.

He also got the Motorola Prize for best overall performance in curricular and co-curricular activities of B.Tech and a dual degree (B.Tech & M.Tech) amongst Computer Science & Engineering and Electrical Engineering students.

Dr. Subra Suresh, President of Carnegie Mellon University, USA was the chief guest at this event and awarded the prizes

He resides in 4th Street, Abiramapuram and can be contacted at 24994865