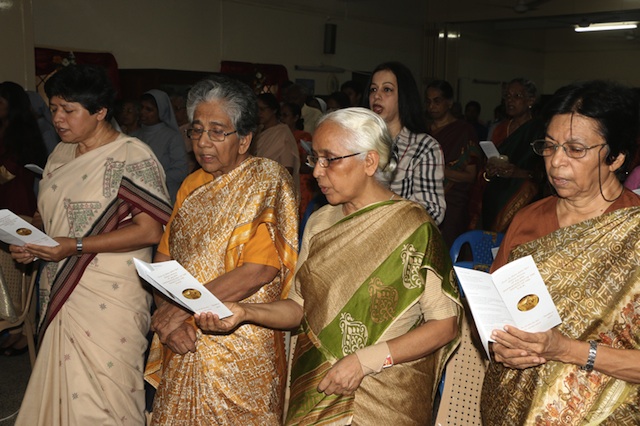 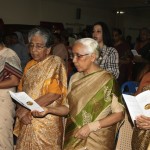 Over 500 people gathered at the campus of the Cultural Academy in San Thome on Saturday evening to celebrate its milestone – the finale of its golden jubilee. The event started with a special Holy Mass, a formal cultural and felicitation event and ended with dinner.

The Academy, managed by the nuns of the congregation of Daughters of the Heart of Mary was started in response to a request from this city for courses for women in life skills like cookery, nursing, design and communication. In recent times though the Academy has moved to community and social projects for the less fortunate in society.

Sister Jacintha D Souza, provincial then led the community function during which the history of the Academy was highlighted with a PP show. Long serving staff were honored and people who had taught here recognized.

It was an occasion for a few alumnae to reconnect, for nuns of this congregation from various parts of India to take part in a  milestone event and for recent batches of young women who have been trained here to join the celebrations.

Sr. Norah D Souza, part of the team that did they recce and planned this campus 50 years ago and Ms Chandy, principal for 25 years were among the seniors present.

The formal event ended with a rousing song by Ida Lobo, now 91 who once taught the girls nursing and first aid. Sr. Maria, present principal co ordinated the event.