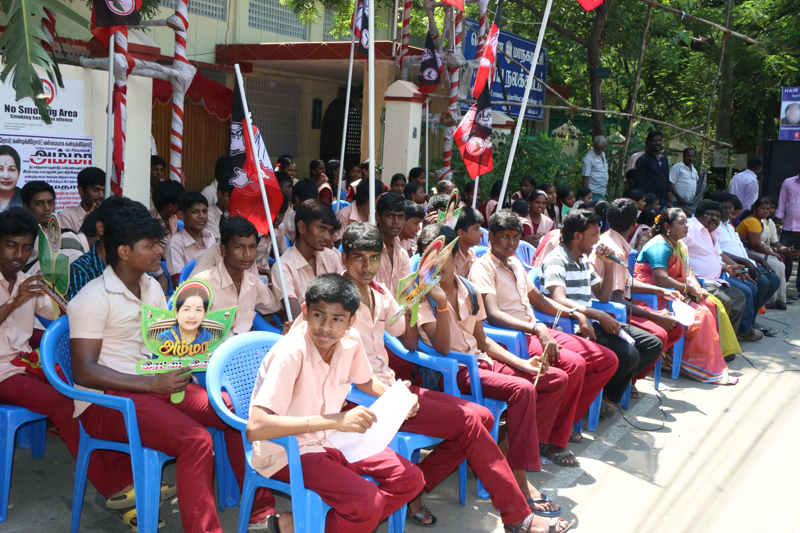 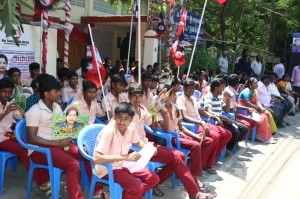 More than 50 students from the Chennai Corporation school at Alwarpet were involved in a fast outside the Corporation community hall on  C. P. Ramaswamy Road today (Oct 1). They said they were here to protest against the court order against Jayalalithaa.

But the fast dissolved by noontime for reasons not known.

But what was shocking was the attempt by a local councillor, belonging to the AIADMK party to ask the Head Master of the local school to release senior students to take part in the fast even as quarterly exams were held in the campus. The councillor is reported to have told the HM that she had got a OK from the Mayor to get the students to join the fast in which a few party cadres also took part.

By noontime, the students on ‘fast’ returned to the campus but kept mum about this incident and the fast on the main road came to an end. School faculty said they did not want to talk about this development but they seemed taken aback at the steps taken by the local area councillor.