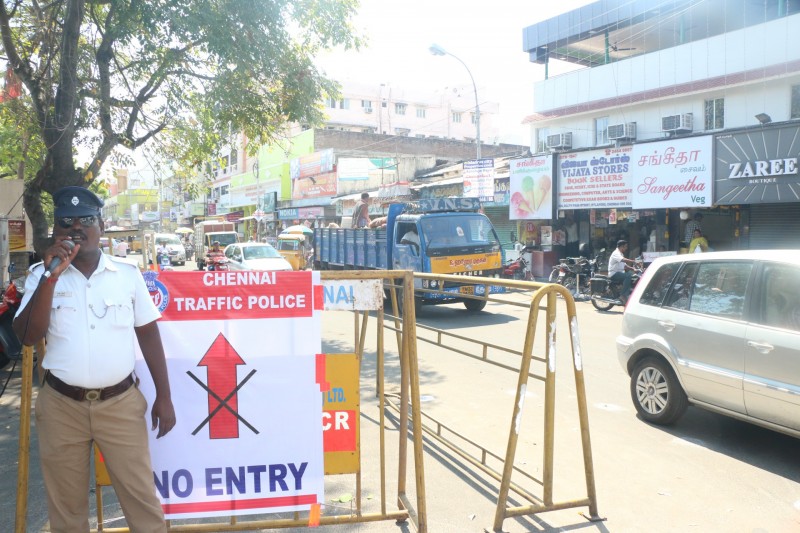 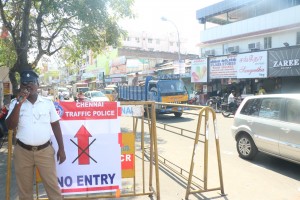 The traffic police has declared one-way traffic system on the Mada streets around Kapali temple. They are enforcing it from this morning. As per this system, entry is through N.Mada and exit is through S.Mada. Since this morning, there are groups of policemen there who are advising and directing motorists to follow the new system. The police have also advised access through the street opposite P.S. School to reach areas closer to the Chitrakulam. The Mylapore community had launched an online campaign to make Mada streets one way during the Mylapore fest.