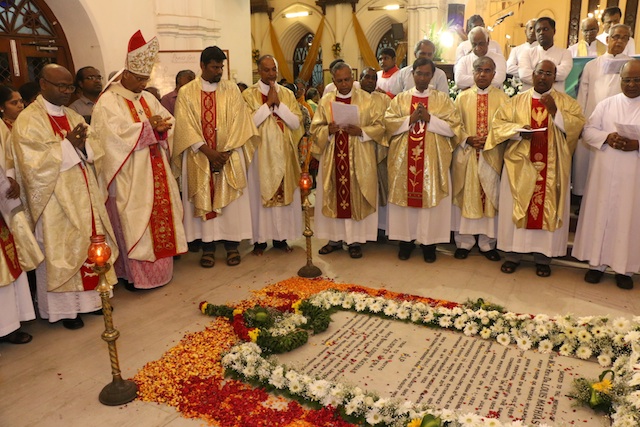 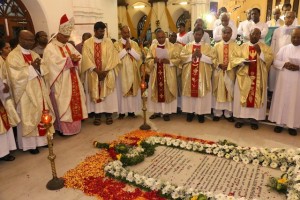 Today was a day for the Catholic community to remember one of its tall archbishops – Rev. Louis Mathias. Today was this missionary priest’s 50th death anniversary – he came from France, served in India’s northeast and went on to become the archbishop, the highest post in a diocese for the Madras-Mylapore diocese which has its seat in San Thome.

The current archbishop Rev. George Antonysamy and his brother priests prayed at Rev Mathias’ tomb inside the San Thome cathedral and then said a special Holy Mass this evening.

Rev Mathias, a Salesian became the first archbishop of the then newly created Madras-Mylapore diocese in 1952.