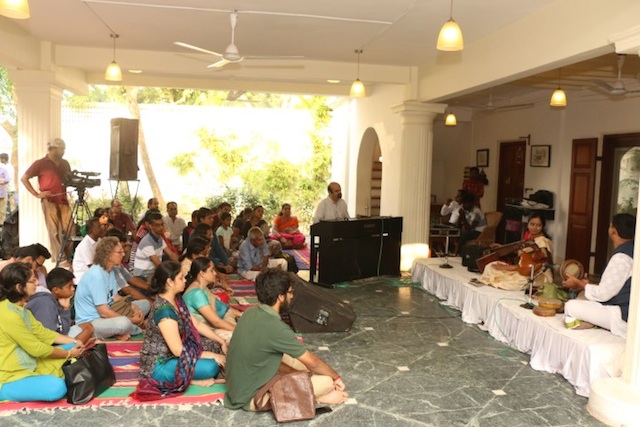 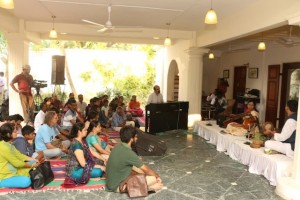 Luz House, the heritage bungalow of another era which sits behind a petrol station on Luz Church Road hosted a unique classical music concert on Sunday last, January 3. It began at about 7.30 am and went on for about an hour. About 75 / 85 people attended it.

This was an event by Rhapsody with which Anil is involved. It has raised finds to help a few organisations affected by the December floods. CIT Nagar-based M P Anandh School received a donation that morning.