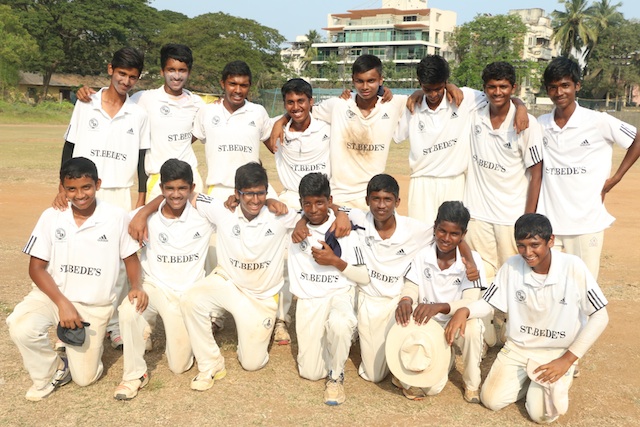 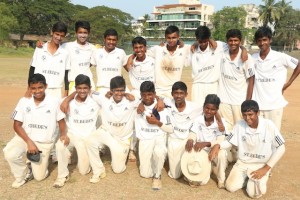 This was a resounding win for St. Bede’s cricketers. And it was achieved without much sweat on a February Friday.

St. Bede’s lifted the C. Ramaswamy trophy in the TN Cricket Association tourney for under-16 years school cricket teams, beating the team of St. Patrick’s comprehensively in the final.

The San Thome schoolboys piled up a huge total of 314 runs for the loss of only there wickets in the allotted 50 overs, with Nidhish S Rajagopal scoring a century ( he scored 110 runs). Audhi Sachin 86 runs and S. Abhishek  64 runs – the trio contributed to a matching-winning total. The boys scored freely against a rather average bowling attack of St Patrick’s.

Later, at the SPIC-YMCA ground in Nandanam where the final was played, the St Bede’s bowlers dominated and the Adyar team offered little resistance, scoring just 94 runs in 36.1 peers.

The St Bede’s bowlers who shone were Sashangh Srinivas with 3 for 19 and P. Vidyuth with three for 7 runs.

India ‘A’ cricketer Vijay Shankar was the chief guest at the finale and he handed over the prized trophy to the team from San Thome.