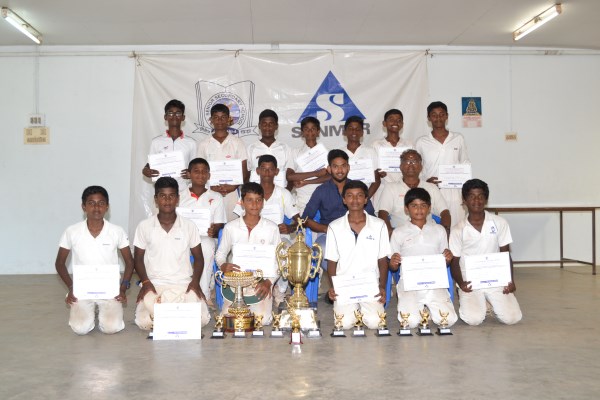 At the valedictory function held on the last day, the chief guest Kaushik M. Gandhi, Ranji Trophy player, distributed the prizes. A. N. Radhakrishnan, hony. secy. and correspondent, Lakshmi Srinivasan, principal, and Dr. Revathy Parameswaran and R. Sivakumar – vice Principals of the school were present at the event.

Awards were also given to the best batsman, best bowler, best player and the most promising young cricketer of the tournament – all of which were won by the students of local schools.