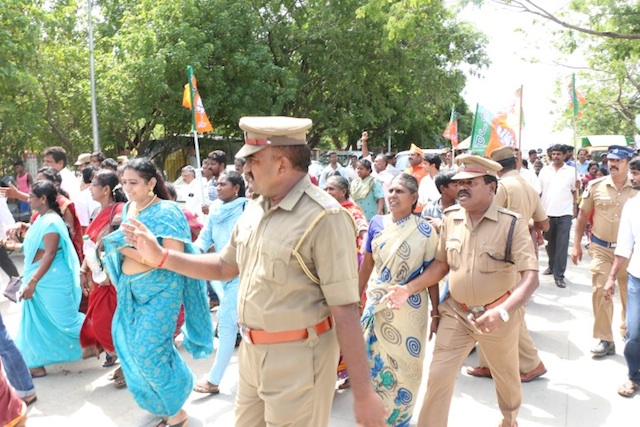 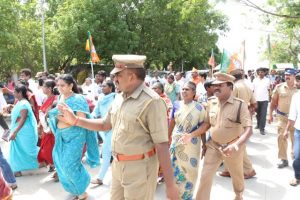 The women’s wing of the BJP is staging a protest this Saturday morning in Foreshore Estate to ask the state to shut down the TASMAC liquor shop in the area.

Its newly appointed vice-president, Lakshmi Suresh, a  former councillor said that the protest will start at 9.30 a.m. and be on for an hour.

The protests on this issue intensified after a young woman of the area lost her life in an accident as she tried to chase a drunk man on a bike who snatched her bag that contained a large amount of cash.

Photo is of the morning protest. 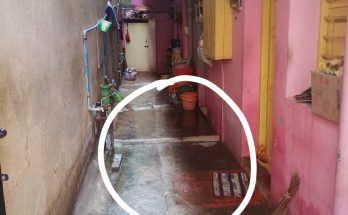