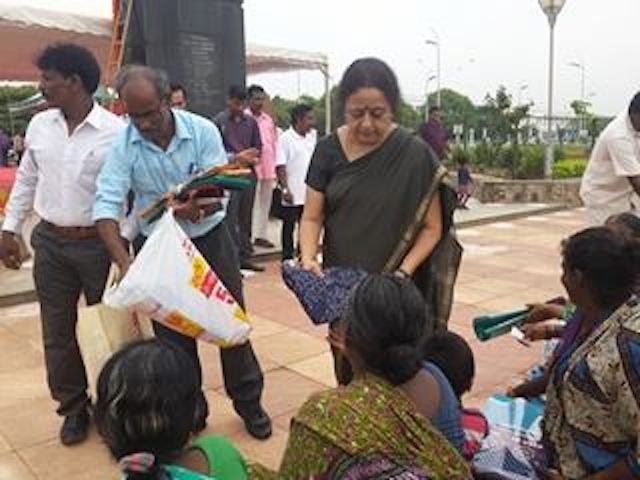 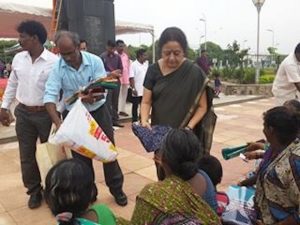 It was a day to remember K. Kamaraj, Congressman, state chief minister and a nation leader. It was his 113th birth anniversary.

There were events in at least two places in this area this morning.

Mumtaz Alam, entrepreneur and social worker got up an event at the Kamaraj statue on the Marina. It was short and informal. Clothes were handed over to poor families 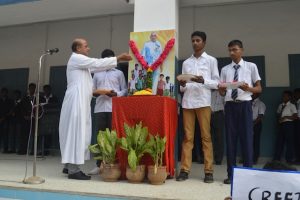 here by Mumtaz and her colleagues.