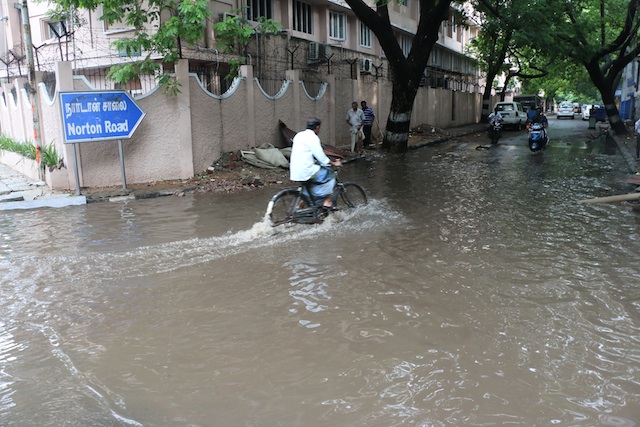 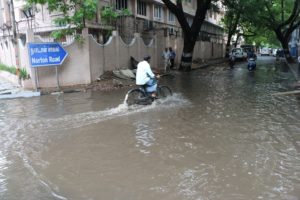 Overnight rains and the stagnation of rainwater in some areas of the neighborhood should give residents as well as Corporation officials of its local units an idea of the levels of flooding and possible dangers that a strong and consistent monsoon in late October can pose.

Many streets and roads were flooded as the rain came down past 10 p.m. on Wednesday. Late night motorists reported that Dr R K Salai and P S Saivaswami Salai were filled with water at night.

However, in many places the water got drained and the roads were dry as morning traffic hit the roads.

However, there were places where water stagnated as seen on our rounds around 9.30 a.m. on Thursday – some spots in Mandavelipakkam showed up these problems. ( seen in the photo here)