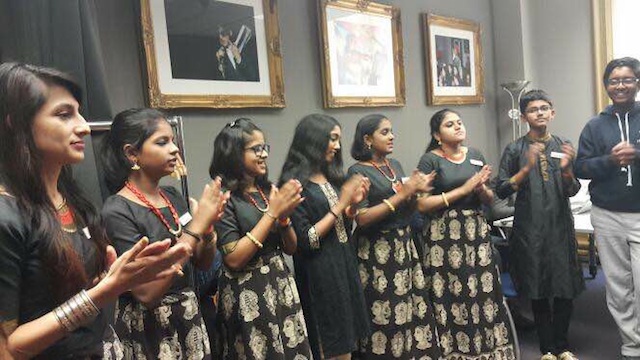 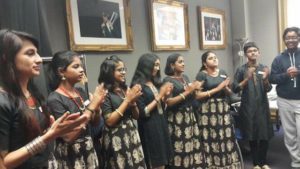 Mylapore-based Sargam Choir, founded and led by Dr Sudha Raja is celebrating its recent tour of the United Kingdown where its members, all teens showcased India’s music and then shared voices with a similar choir in the UK.

This Saturday, at Bharatiya Vidya Bhavan, Mylapore Sudha Raja and her team spoke about their experience at a breakfast meet.

The choir recitals were on 12th April with a performance with the Milapfest ensemble in Beck Theater and on April 15 it was a presentation in the International Youth Choir Festival 2017 in the Royal Albert Hall, which included the setting up of SABRANG, an Indian Choir for the UK, with a lec-dem by SARGAM Choir.

One another day, there was a performance for IYCF by SARGAM & SABRANG Choirs

Sudha Raja says she is happy that her choir was ‘a source of great inspiration to their peers in the British diaspora.’