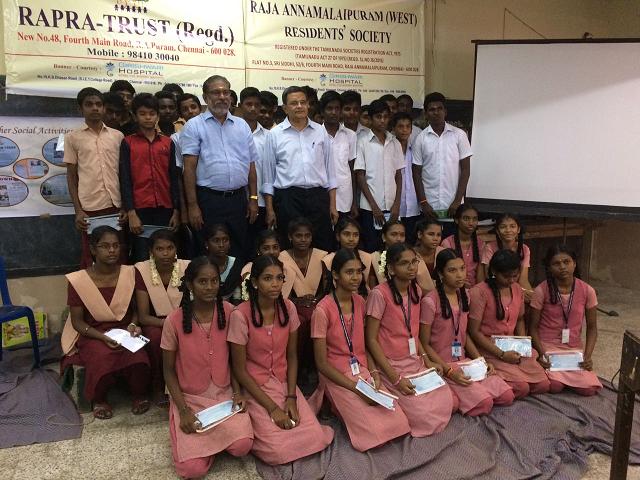 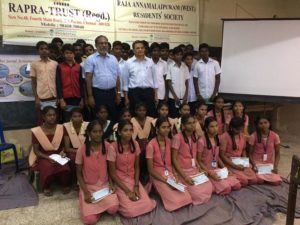 More than 100 resident members of R. A. Puram Residents’ Association gathered at Raja Muthiah School, R. A. Puram on July 9 to celebrate their 5th anniversary.
40 students received scholarships of Rs. 4000 each at this event. The sports trophy was given to Seshadri Prakashkumar, a class 11 student of Raja Muthiah and a hockey player who has received several awards playing for his school.
More than 30 banners of work done by RAPRA during the last five years were displayed at the event.