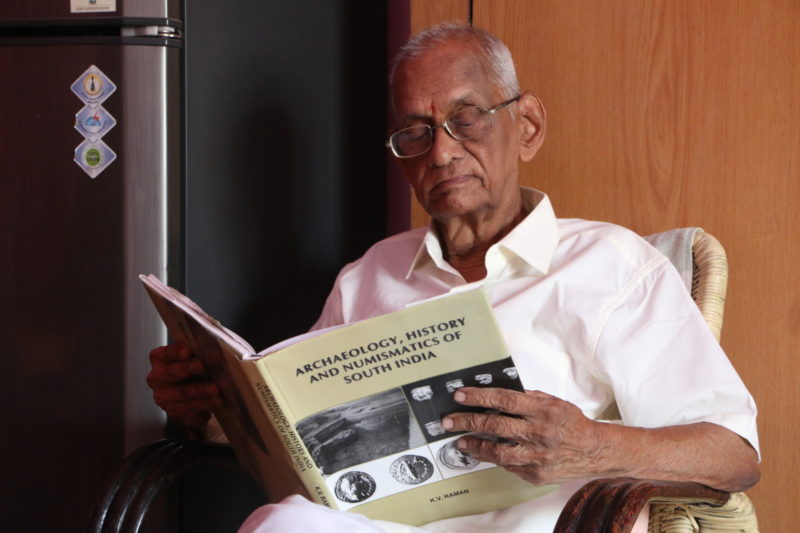 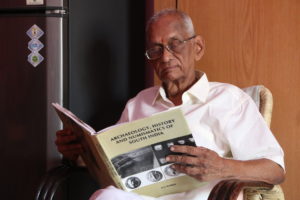 Professor Raman was formerly Superintending Archaeologist in the Archaeological Survey of India and later became Professor of Ancient History and Archaeology, University of Madras from 1976-1995.

He is the recipient of many honours such as the UNESCO Regional Educational Award and Senior Fellow of the Association of Commonwealth Universities in U.K.

The book has articles on pre-and proto-historical and historical sites in Tamil Nadu, port towns of Tamil Nadu (including Mylapore), Tamil Brahmi inscriptions, Mylapur – An Ancient Trading Centre of the Coromandal Coast, Excavations at Pumpuhar, and many other topics including numismatics, hero-stones and ancient merchant guilds.

The book has been published by Rishi Publication, Delhi. Priced at Rs. 2000. To get a copy of the book contact rishipublication@gmail.com