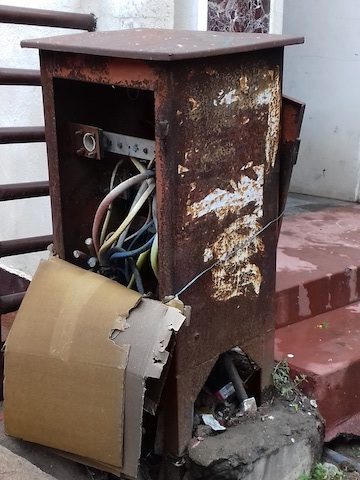 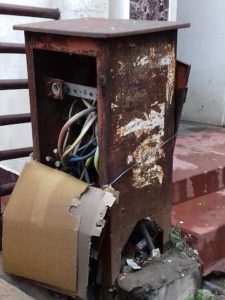 Residents of Alamelumangapuram are wondering why their complaint to the local TANGEDCO office to repair a power junction box that is open to the elements and can pose a danger this monsoon season is not being addressed.

Ravi Shankar, a resident e-mailed to this newspaper saying that ‘ the junction box in front of Selvi Scans, Alamelumangapuram is with a broken door on one side and kept open in the other end.’

He states that one gate of P S Senior School  is near this box and children heading to or from this school are being exposed to a danger.

Complaints to EB on this issue went in vain, says Shankar and hopes TANGEDCO will respond urgently, more so in the backdrop of the recent tragedy in which two girls were electrocuted in the city after contacting a live wire of power supply.