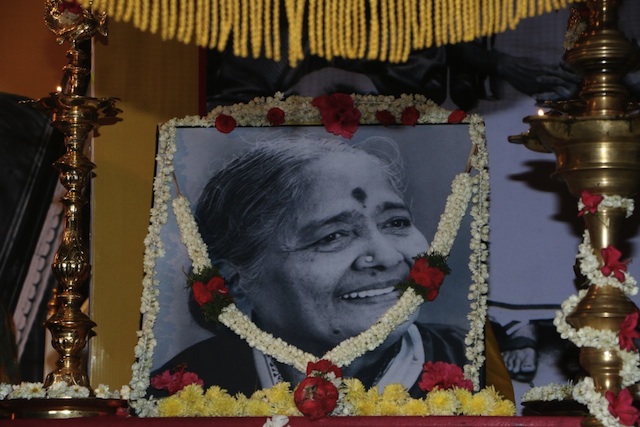 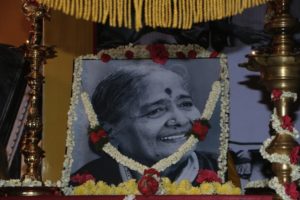 A portrait of the well-known and legendary artiste drawn by actor-playwright Crazy Mohan was made public. Also, saris featuring designs and colours which Pattammal liked and were produced by Nalli for this occasion were released.

Pattammal was born on March 19, 1919 in Damal near Kanchipuram. With M S Subbulakshmi and M L Vasanthakumari the trio were regarded as the women artistes icons of Carnatic music.

Pattammal, first learnt music at home and went on to perform on Madras’ stages at a time when women of her community did not perform on stage. She earned a name singing in films and then on the Carnatic music circuit, in India and abroad.

She was decorated with the Padma Vibhushan.