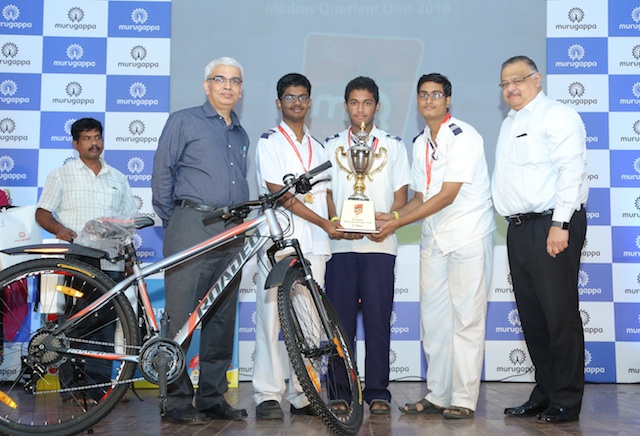 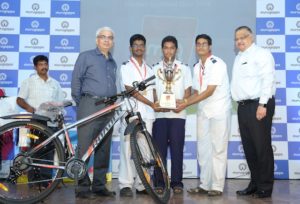 The new auditorium of St. Bede’s School in San Thome was abuzz with the energy from the over 1100 students, 150 parents and teachers on September 1 afternoon, as preparation for the eighth edition of the Murugappa Madras Quotient Quiz got underway.

At the end of the one-hour written preliminary round of the quiz, the top six teams were selected for the finale of the quiz.

Prizes were also given to the other three finalists teams as well.

The quizmaster for this event was Dr. Navin Jayakumar. The prizes were distributed by the chief guest for the event,  Ramesh K B Menon, director (HR) and lead director, diversified business group, Murugappa group.

Organised by the Murugappa group as part of its contribution to the Madras Week celebrations, the 2018 edition of the Murugappa Madras Quotient Quiz is the eighth edition.  Earlier in August, Murugappa also sponsored the Madras Quiz which is an open event.