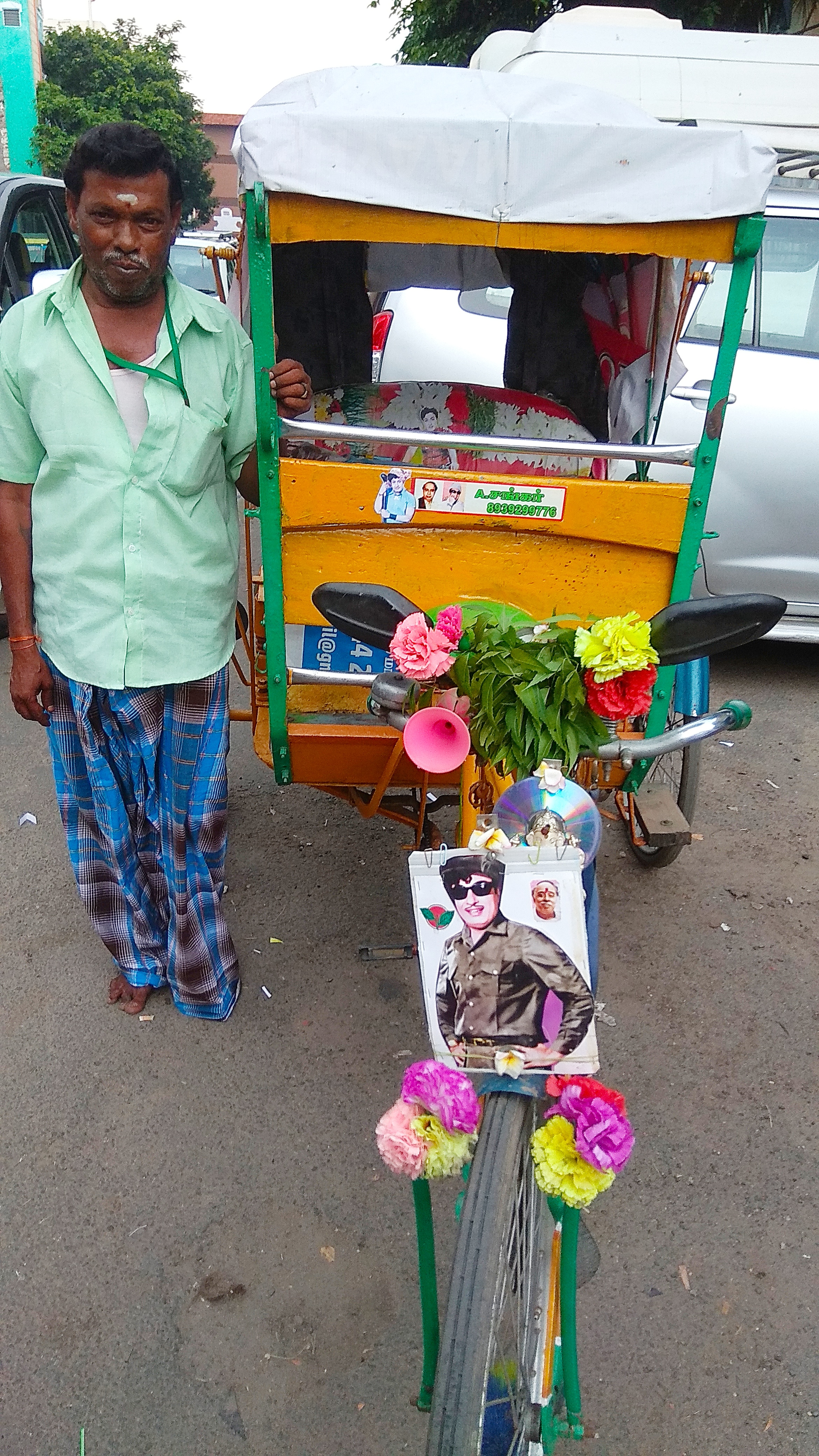 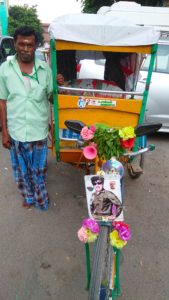 55-year-old Shankar is one of the few cycle rickshaw drivers in Mylapore, who continues to ride it for the immense love he has for the three wheeler vehicle.

“I love my cycle rickshaw. It is next to God for me as it has been my bread and butter for the past 25 years, ” says Shankar. Though Shankar could have shifted to an auto, he chose not to do so.

He says, “one reason is to avoid the fuel cost. Another reason is that the peddling keeps my body fit.”

He continues, “I get Rs 200 a day by riding rickshaw. And that is enough for my needs. My children are settled. Now me, and wife live with whatever we get everyday,” he says.

However, he says his earnings have significantly reduced from the past few years, as people preferred an auto/cab over a cycle rickshaw. “There have been days where I earn only Rs 20 a day. In next few years, we (cycle rickshaws) may not be there at all. But since I want to show to the future generation, that once rickshaws existed, I will continue to serve people till I can,” he says.

Shankar says, he has regular customers, mostly seniors who prefer his rickshaw to go to the nearby temples.”I also have a few school savari pasanga. They all prefer me as I ride slowly and safely,” he says.

He is also a great fan of the actor and  former Chief Minister of Tamil Nadu M. G. Ramachandran (MGR) . “He (MGR) did everything which he conveyed through his movies and songs. People like me have received a number of benefits from him,” Shankar says.

Every fortnight, Shankar changes the image cut outs of MGR and pastes them on his vehicle (on the front and backside) . “I spend Rs 50 to buy the magazines ‘Urimaikural’ and ‘Ithayakanni’ and do cut outs from them. This I do, even if I don’t have money to eat,” he says.

Shankar can be seen with his cycle rickshaw near Sri Kalathi Rosemilk shop at East Mada Street. If you wish to travel to nearby places like Luz Corner, Sri Kapali Temple or Saibaba Temple on his rickshaw reach him at 8939299776.

One Comment on “For the love of cycle rickshaw”