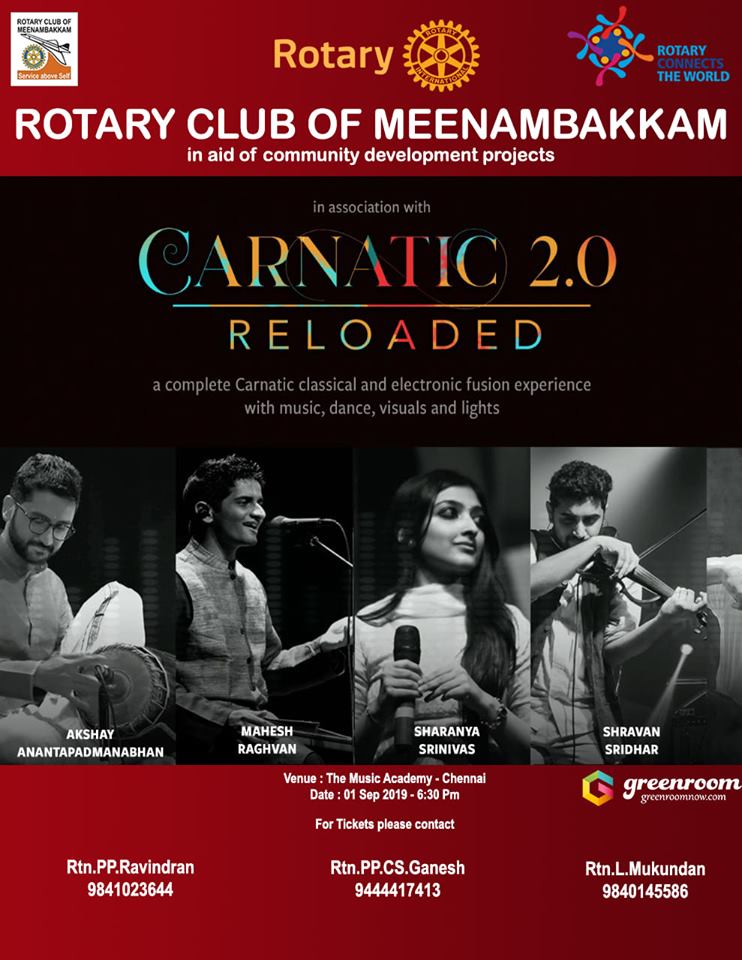 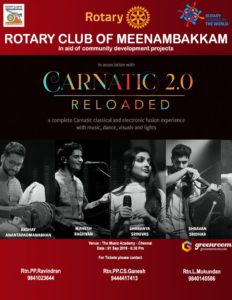 Some electronic. Some Hip Hop. Much Carnatic music. That’s the music you will get to listen to at Carnatic Music 2.0 Reloaded band’s show at The Music Academy on Sept. 1, 6.30 p.m. onwards.

Featuring artistes Mahesh Raghvan on his iPad, Sharanya Srinivas (vocals), Shravan Sridhar ( violin) and Akshay Ananthapadmanabhan (percussion), this band of young artistes want to draw people to the strains of Carnatic music that appeal to most ears – thats why the fusion is set in cleverly like the use of konakkol.

The band even had a video made on one of the songs – called Mylapore Rap. This was shot in the bylanes of Mandaveli and featured a few dancers and artistes. It is now viralling on social media. Here is the link to the video – https://www.facebook.com/akshaylaya/videos/372615670300919/

The Academy show is ticketed show and proceeds go to community projects of Rotary Club. There will be live dancing to the music at this show.