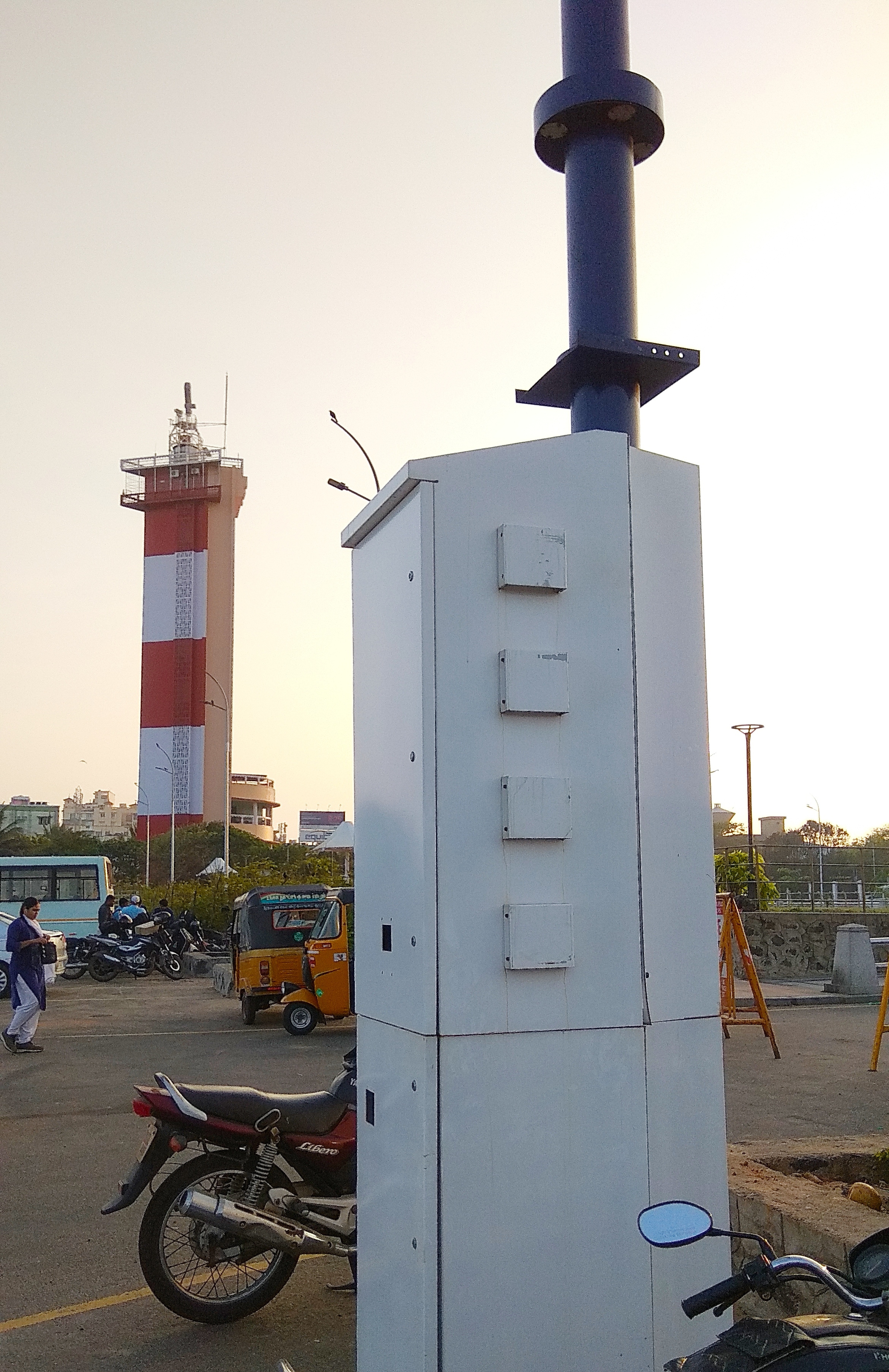 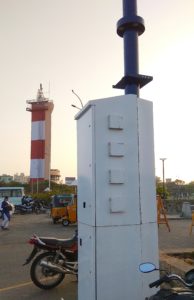 Soon the civic officials say the poles will be equipped with an emergency call box, facial recognition cameras, and a distress button, that will enable people to report crimes quickly to the police.

Says a Corporation official attached to zone 9 of Chennai Corporation, “In addition, the poles will also collect data on rainfall in a particular area. A public address system and equipment to monitor traffic and pollution will also be fitted on it.”

All the collected data, he says will be assessed at the police central command center.

Similar poles are being installed at several locations across the city.