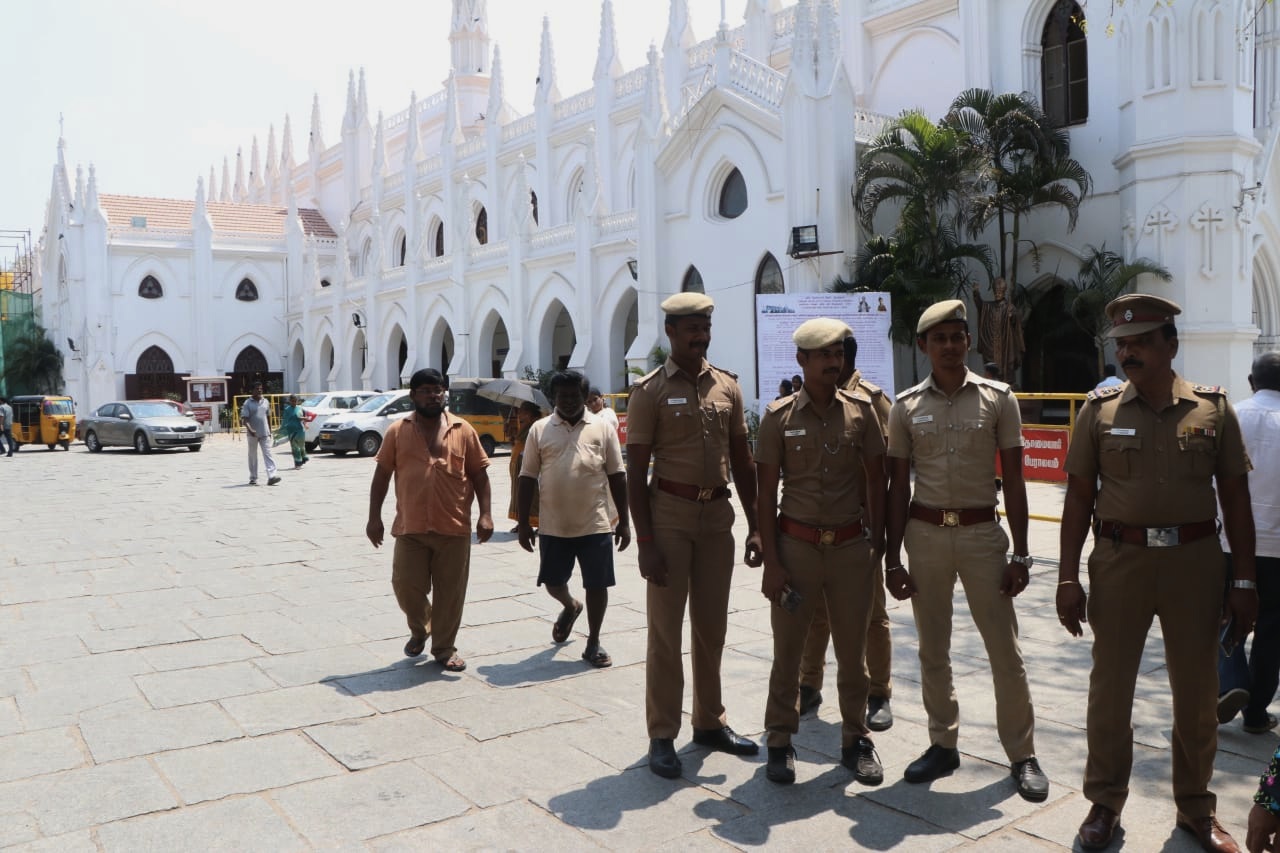 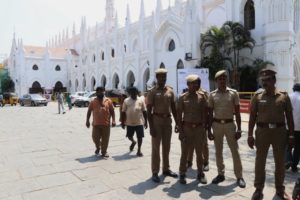 Police have secured the gates of St Thomas Cathedral in San Thome since 10 a.m. on Friday, Feb.28 after a few people claiming to belong to a pro-Hindu outfit barged into the museum which is located at the rear end of the church campus and shouted slogans.

The protestors are said to have charged that the church museum was holding and displaying stone sculptures that originally belonged to a temple.

People inside the campus said that no damage was done to the displays inside the museum which has many antiques related to excavations in San Thome and articles used in the cathedral. The police was alerted and a small posse has since then been stationed here.

People who visit the church are being screened.