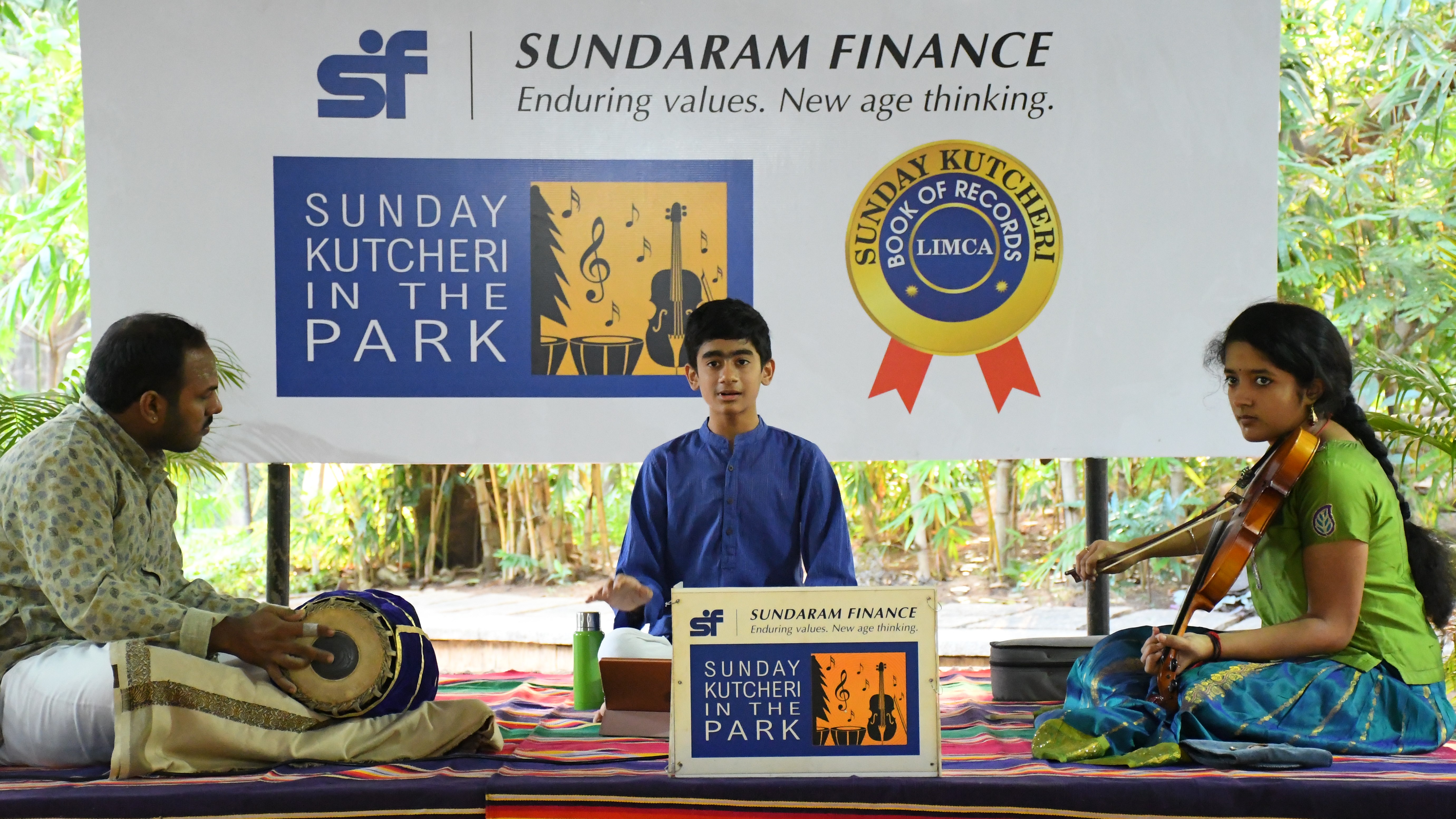 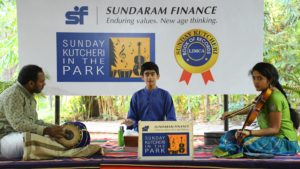 It is just past 7 a.m. on a Sunday, the morning of the first Sunday of the month when the Chess Square at the Nageswara Rao Park in Luz has for the last 13 years been bustling with musical activity.

Sipping hot coffee, kutcheri buffs are seen encouraging the ‘Star of the Day’.

Since February 2007, Sundaram Finance has been organizing a ‘mikeless’ kutcheri for children aged below 15 years on the first Sunday of every month. But the April edition, due this Sunday morning has been cancelled due to the lockdown.

13-year-old S. Shwetha, a resident of Kodambakkam, was all excited when she was told that she had been chosen to perform at the April edition of the monthly mikeless kutcheri.

Five years ago, her elder sister, Sowmya had performed on the same stage, a kutcheri that Shwetha watched. She enjoyed it so much that she promised herself that she too would perform one day at this prestigious platform for budding artistes.

Since this was to be a kutcheri sans mikes and speakers, her guru Palghat T. R. Rajaram directed her to practice early in the morning so the voice comes out better. And leading up to the kutcheri, she had been practicing each day for 2 hours in the wee hours of the morning.

And then came the call from the organisers that the kutcheri was being cancelled given the extraordinary developments worldwide. The park has been closed to the public for many days now.

“I was initially a bit disappointed at the cancellation. But when I thought about it, I soon realized that this was understandable as the decision was being made as a precautionary measure,” she said.

But she says she will be looking forward to performing at the same stage sometime in the near future once things get back to normal. For the moment, Shwetha has put out a video with a few lines of a song that she would have presented between 7am and 8am at the park.

Over 200 such mikeless kutcheris have been held at the park. 11 years ago, even the rain on one of the Kutcheri mornings could not play spoilsport, for the personnel from the company held umbrellas above the heads of the young artistes to let the concert continue.

S. Sampath Kumar, who has been a walker at the Nageswara Rao Park for four
decades, says that the mikeless concept along with the informal gathering is a perfect platform for young children and serves as a great encouragement to the budding talent to present in front of an audience.

He proudly says that he was the one who suggested the artistes for the first Sunday Kutcheri way back in 2007 and has always been there to appreciate and applaud the
performance of the budding artistes.