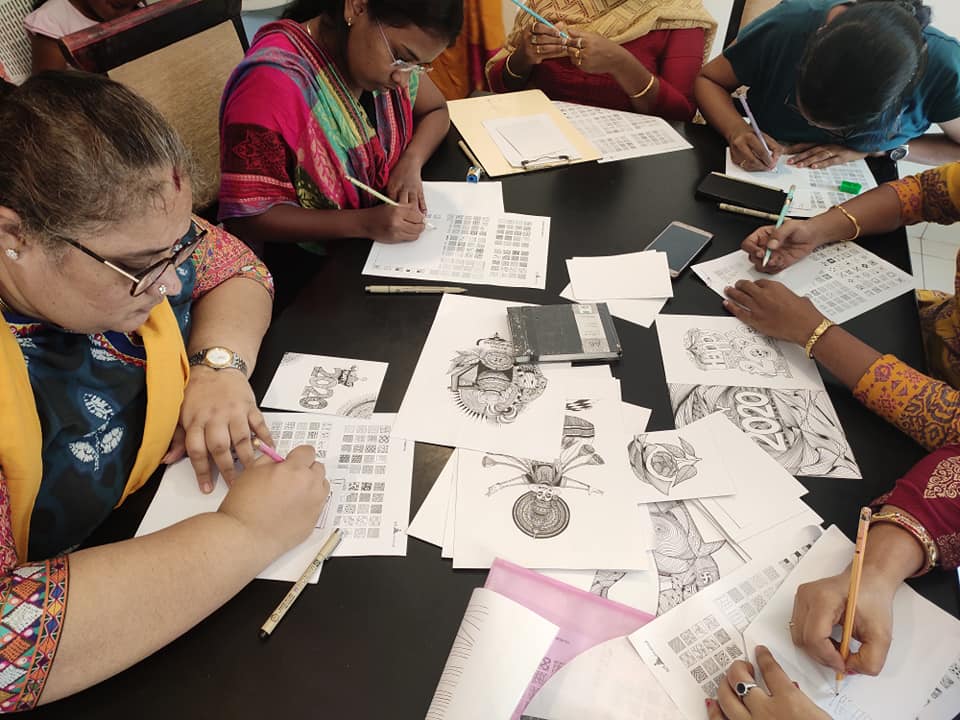 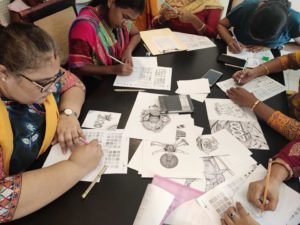 To help people learn the basics of drawing, Shivkumar, founder of Mandaveli based NGO Karam Korpom is putting out snappy videos on Facebook.

The videos feature basic drawing tutorials made by Shivkumar and are put on his Facebook page ‘artunwynd’.

Through its initiative called Stop Abusing Public Spaces (SAPS), the NGO has been carrying out wall paintings at various parts of the neighbourhood.

Its main objective is to draw simple and colourful images on walls to prevent the misuse of public spaces.

Says Shivkumar, “There are about 100 volunteers in our organisation. During a wall art project, they are involved only in painting. The drawings are made by some artists. However, following the lockdown, as we did not have much work, the volunteers wanted to learn to draw. So I started making tutorial videos to post on the Facebook page. ”

In the videos, Shivkumar draws images of things we see in everyday life – tables, chairs, animals and provides simple tips on how to get the drawings right.

Shivkumar, who is also an e-learning consultant says he learnt much of the drawings skills through personal experience. “I started drawing as a hobby and has been at it for several years now.”

Shivkumar says that people have shown good interest after watching his videos. “Many are sending me their drawings through WhatsApp. And I provide them with appropriate feedback/corrections.”

The Mandaveli resident also plans to put out many such tutorials videos in the coming days.

“While this will help our team to create better wall art, the videos can also be used by people who want to learn drawing basics.” Shivkumar can be reached at 9840062722.