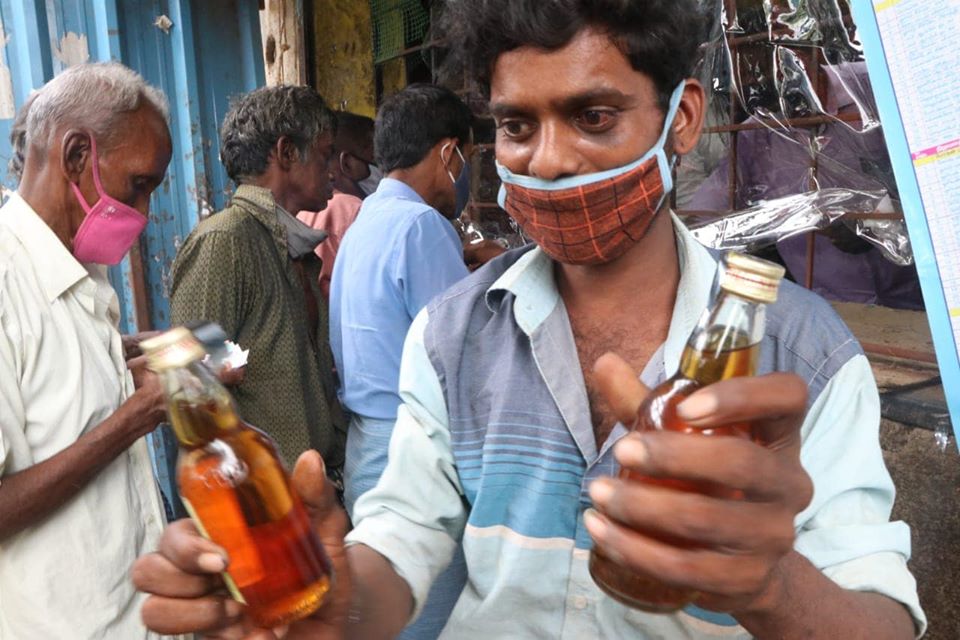 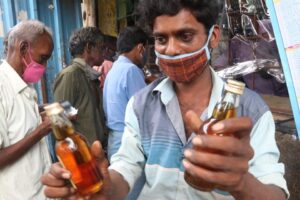 If there was one act that held up the happiness on the re-opening of liquor shops in the city and in Mylapore, it was this – a man in his 40s opening a box of sweets and offering it to men who were standing in a queue outside one of the two TASMAC liquor shops located off the Thirumylai MRTS station campus, across the Canal.

August 18, Tuesday was the day of re-opening of all liquor shops in the city as per state orders.

It was not yet 10 am and a small queue had formed inside the barricaded portions leading to the shops. The policemen on duty had little to do because there was no mad rush or tussle even as the shops opened for business.

At a counter, tokens were issued to shoppers – only 500 tokens to be distributed per day though a token can get you any amount of liquor.

Staff offered sanitisers to the men in the queue and all of them had masks on. Almost all bought only the small bottles of liquor, many saying they were thin on money.

There were no signs of a rush even as the morning progressed.

At TASMAC’s Elite liquor store on R A Puram’s 2nd Main Road, the store in the basement of a complex with other commercial and residential spaces was also barricaded and a few policemen were on duty but there were only a dozen shoppers in the queue at 10.30 a.m.

A shopper who bought beer at this Elite store late evening said there was no rush here even then.

The state government allowed the reopening of state-run liquor stores on August 18, Tuesday with regulations in place.